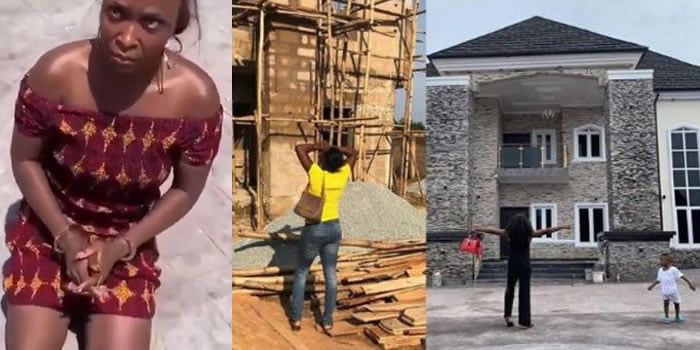 An Igbo businessman based in China, identified only as Onye Eze, has arrested Nigerian blogger, Blessing Nkiruka Okoro, popularly known as Blessing CEO, for claiming ownership of his mansion.

Naija News understands that Blessing CEO, who turned 30 recently, celebrated her birthday bash across three Nigerian states – Lagos, Abuja, and Port Harcourt after which she unveiled a new 7-bedroom duplex which she claimed was built by her.