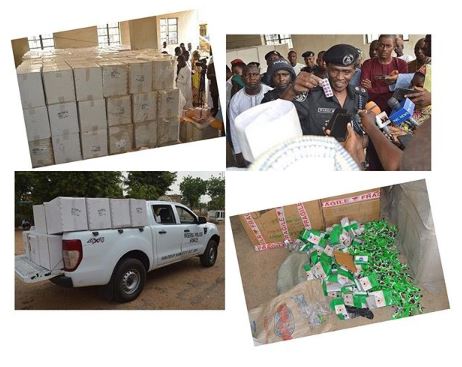 Operatives of the Kano state Police command on Friday intercepted 303 cartons of Tramadol.

Naija News understands that the drugs were intercepted during a raid at No 157 Miller Road Bompai, in the Nasarawa local government area of the state.

The Police during the raid on Friday also discovered a laboratory in the raided area and intercepted at least 303 cartons of drugs that were confirmed to be Tramadol.

While confirming the report, the Kano State Police commissioner, Mohammed Wakili, said that one Chris Metuh has been arrested at the location raided for his alleged connection with the seized cartons of drugs.