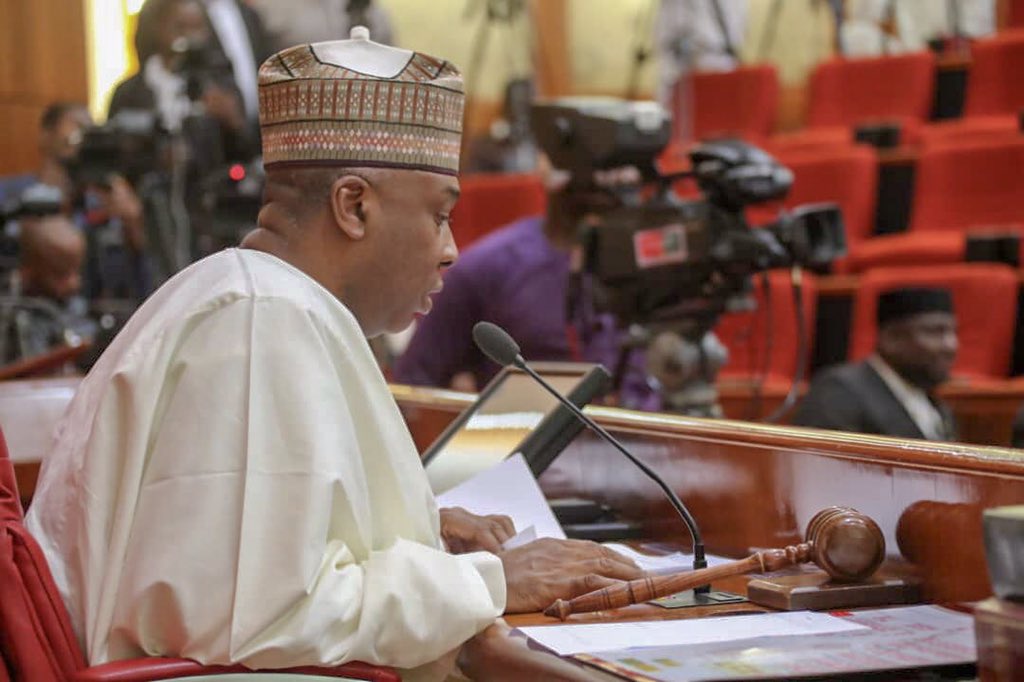 Senate President Bukola Saraki has described the latest move against him by the Economic and Financial Crimes Commission (EFCC) as a mere witch-hunt.

The Senate President was reacting to EFCC’s reaction to a report that the anti-graft agency had written a letter to the Kwara State Government demanding for all details of salaries, allowances, estacode or any other entitlement enjoyed by Saraki during his tenure as governor of the state between 2003 and 2011.

In a statement on Tuesday by his Special Adviser on Media and Publicity,  Yusuph Olaniyonu, Saraki argued that the exercise by the EFCC was only aimed at settling scores, laced with malicious and partisan motives.

The EFCC in the report had claimed that, “the commission’s letter to the Kwara State Government House, which sought an inquest into Saraki’s earnings as the state governor, from 2003 to 2011 was dated Friday, April 26, 2019, predating his (Saraki) announcement as IHRC ambassador at large which came on Sunday, April 28, 2019 with two clear days.”

But Saraki in the statement pointed out that the “IHRC letter informing the Senate President of his appointment was dated March 16, 2019, that is about 40 days before the EFCC wrote its letter conveying the investigations to the Kwara State Government House.

“In fact, the media team of the Senate president held on to the announcement of the appointment for several weeks so that we could do due diligence on it.

“At this point, we need to remind members of the public that Dr. Saraki’s tenure as Kwara State Governor has been investigated several times since his last months in office in 2010 till date.

“In fact, at a point, as the incumbent governor, he voluntarily waived his immunity and submitted to investigation and yet nothing was found against him. Also, members of the public should be reminded that during the proceedings of his trial at the Code of Conduct Tribunal (CCT) between 2015 and 2018, it became clear that the evidence relied upon was from investigations conducted by the EFCC on his tenure as governor and that is why the lead witness for the prosecution was an EFCC agent, Michael Wetkas.

“Yet, the CCT in its judgment dismissed the 16 charges filed against Dr. Saraki and that verdict was upheld by the highest court of the land, the Supreme Court,” the statement explained.

Saraki insisted that the new investigation into his activities as governor of Kwara State was a repeat performance, adding that the EFCC was fishing for evidence that they did not get in the past investigations, which spanned almost nine years.

He reminded the commission he is not an outgoing governor, adding that since 2011, tens of governors have been in and out of the various state houses, likewise, hundreds of Senators and members of House of Representatives.

“To single out one individual for persistent investigation can only be logically and plausibly interpreted to be a witch-hunt.

“This is definitely no fight against corruption. It is a battle waged against a ‘political enemy’. It is a ‘label to damage’ plot,” the statement argued.

Saraki also revealed that not satisfied with the reports submitted by its various teams, which had worked on the his case in Ilorin, the Kwara State capital, and Lagos, the EFCC had constituted a fresh team to investigate the office of Senate president and also despatched another letter late last week to the Clerk of the Senate signed by Director of Operations, Mohammed Umar Abba.

According to Saraki, the commission in the said letter requested for “the Certified True Copies (CTCs) of the following: All cash books, payment vouchers, contract award letters, evidence of contract bidding, agreement and certificate of contract completion from the 2015 to date; CTCs of all financial retirement made within the same period; and any other information that may assist the commission in its investigation”.

The Senate president noted that the letter was only written to his office and not to both chambers of the National Assembly.

He added that it was the first time such a letter would be written to the office of the Senate president at the twilight of the tenure of the National Assembly, saying the development was an indication of hostile investigation along these lines.

According to him, none of his predecessors got such ‘exclusive’ treatment in which their office was investigated by state officials seeking to nail them at all cost.