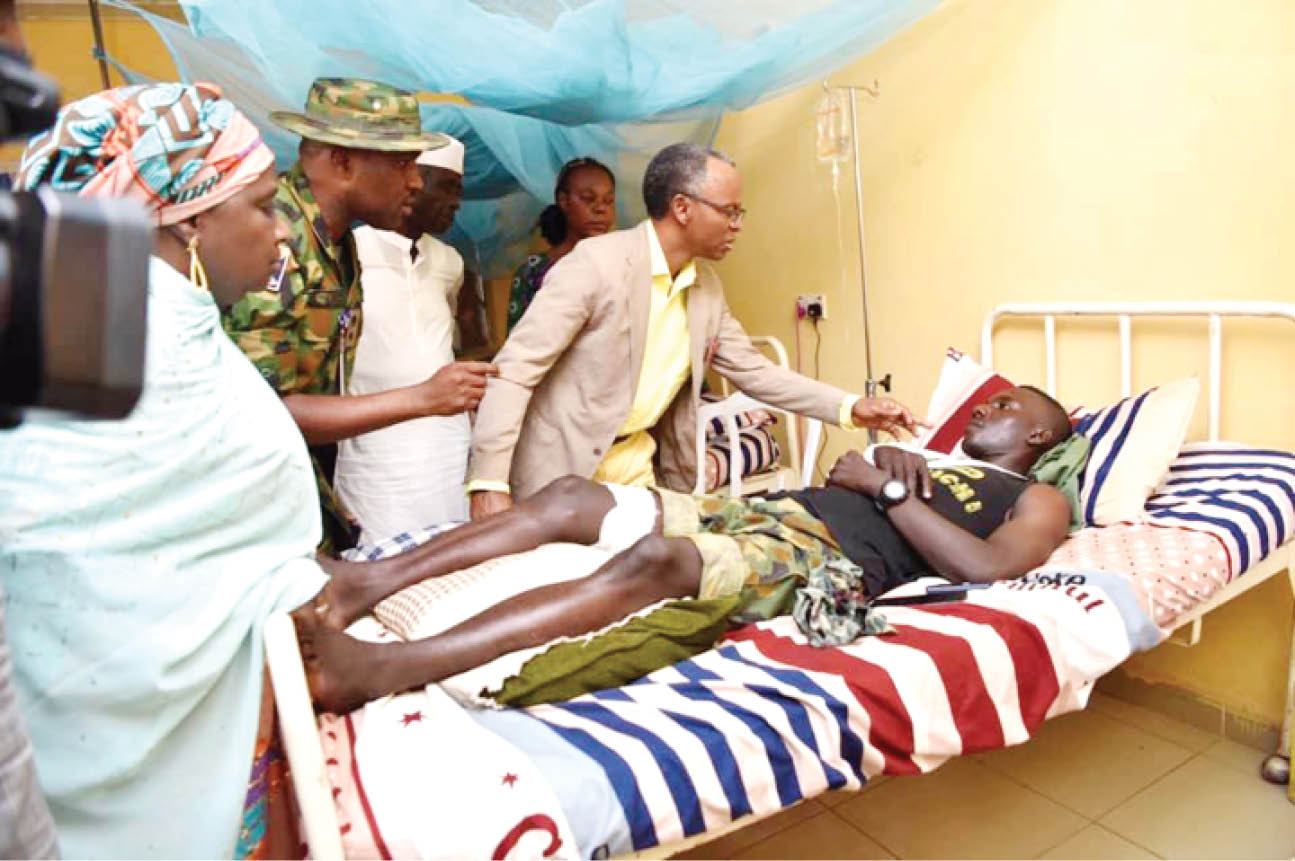 In the crisis that attracted a curfew on the Kajuru local government of Kaduna State, a Divisional Police Officer (DPO) CSP Umar Faruku and several soldiers were injured.

Naija News reports that the Kaduna State government had on Friday, imposed a 24-hour curfew on Kajuru local government area of the state, following reports that a fresh crisis scare in Kasuwan Magani community (one of the crisis-prone areas in the council)

Daily Trust had also reported that two persons were killed and a house burnt in Kasuwan Magani on Friday before the Curfew was imposed.

The DPO and the soldiers, as well as other policemen who were shot during the crisis, are receiving treatment at the Kalapanzin Barracks, St. Gerard’s and JNI Hospitals in Kaduna.

The police public relations officer in Kaduna, DSP Yakubu Sabo, confirmed that the DPO is responding to treatment.

Meanwhile, the State Governor Nasir El-Rufai, alongside the deputy governor-elect Hadiza Balarabe and other top government officials also visited the injured DPO, soldiers and other civilians in the hospital, Daily Trust reports.

The police officer and the soldiers were injured as they made to disperse the youths who had already set a house in Kasuwan Magani ablaze.

Kasuwan Magani a 30-minute drive from the state capital and has experienced several crises in the past two years, a Source in the local government said, adding that some arrests had been made in connection with the fracas in Kajuru.

The local government chairman, Mr. Cafra Caino, said normalcy had returned to the affected areas as people have been observing the 24-hour curfew imposed on the LG. T

The police in Kaduna, however, issued a statement yesterday debunking reports of crises around Sabon Tasha and Mararraban Rido areas of Kaduna metropolis.

A statement by the force PPRO described the information as fake and mischievous, adding that it was intentionally fabricated by some misguided persons to create panic and disharmony among the citizens of the state.

The Kaduna State Government had about two weeks ago established a Judicial Commission of Inquiry into the incessant violent crises in Kajuru local government area of the state.

Saddled with the task, to identify the immediate and remote causes of all instances of disturbances from 2017 to date in Kajuru, Kachia, Chikun LGAs, and surrounding communities and recommend to government steps to be taken to forestall future occurrence of the disturbances, the commission is to be chaired by Justice Isa Aliyu of the High Court of Kaduna State.

Barrister Edward Andow, the Director of Commercial Law in the Ministry of Justice, is the Secretary to the Commission.