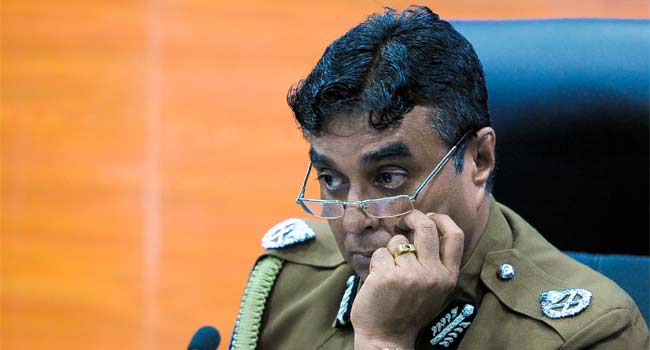 “The IGP has resigned. He has sent his resignation to the acting defence secretary. I’ll nominate a new IGP soon,” President Maithripala Sirisena told reporters.

Sirisena’s nominee has to be confirmed by a constitutional council.

Meanwhile in Nigeria, Buhari sometimes is not even "aware" and doesn't care if the Police Chief takes his orders or not to safe guard the lives of our people.

Meanwhile, the alleged ringleader behind Sri Lanka’s Easter Sunday bombings has been killed in the attacks, President Maithripala Sirisena said.

He said Hashim led the attack on the popular tourist hotel, accompanied by a second bomber identified as “Ilham”.

At least 250 people died in the wave of bombings on Sunday, which targeted churches and hotels in Colombo.

Mr Sirisena also said that Sri Lankan intelligence services believed around 130 suspects linked to Islamic State (IS) group were in the country and that police were hunting 70 who were still at large.