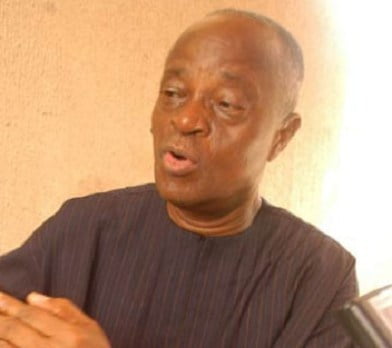 Former Minister of Works, Adeseye Ogunlewe, revealed why President Muhammadu Buhari may not handover to the South West, after his tenure in 2023.

Ogunlewe, a chieftain of the Peoples Democratic Party, described the South as “a big joker” when it comes to producing a president in 2023.

Speaking with newsmen Ogunlewe, who was Minister under former President Olusegun Obasanjo, wondered where the region would get a Christian who will carry the Northerners along in 2023.

According to Ogunlewe, North still has four years to remain president.

“So, they should allow the North to spend another four years for it to balance and then we start again from the South-East. That is the calculation.

“According to the calculations, those in the South anticipating power shift in 2023 are big jokers. They can never get it. You know the problem of the South-West is, If you are a Muslim, and you are coming out, who are you going to pick in the North as a running mate? Where will you get a Christian that would carry all the North along with you? So you have to pick a Muslim!”