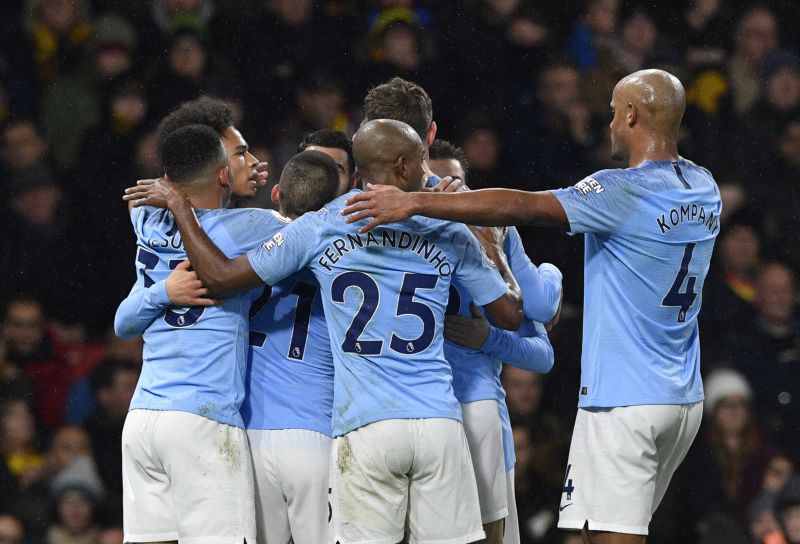 The race for the 2018/2019 English premier league crown took another twist on Saturday as Manchester City defeated Tottenham to return to the top of the league table.

Naija News reports Phil Foden’s first Premier League goal was enough to earn City a 1-0 win over Tottenham and return to the top of the league table with four games to the end of the season. 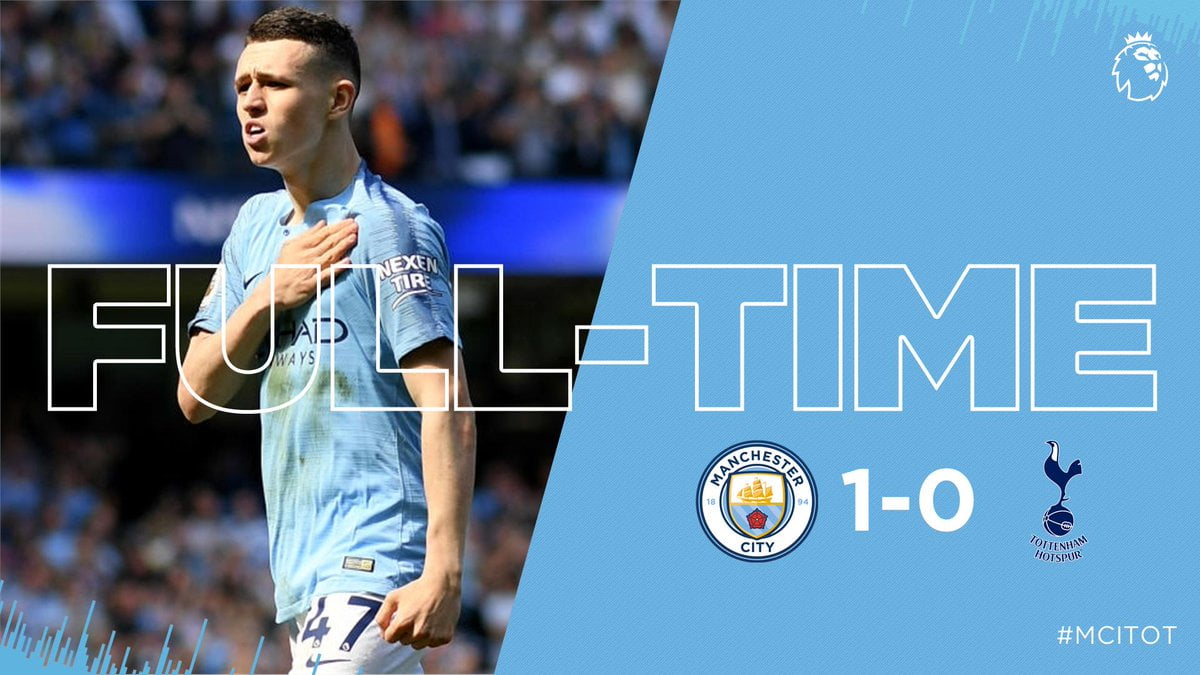 The win would seem like a sort of revenge for City who were dumped out of this season’s Champions league on Wednesday by this same team.

Pep Guardiola’s men move a point ahead of Liverpool as this season’s title race looks set to go down to the final day of the season.

It is reported that Tottenham could also drop outside the top four should Arsenal and Chelsea beat Crystal Palace and Burnley at home respectively in their games.