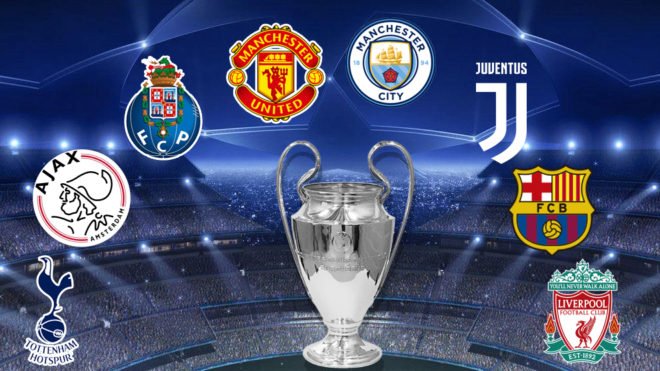 Tottenham Hotspur have progressed to the Champions League semi-finals on away goals despite losing 4-3 to Manchester City at the Etihad in what could be tagged as an impossibly dramatic night of football.

Naija News reports that the coach Pep Guardiola tutored Manchester City came into the second leg of the quarter-final with a 1-0 advantage but stumbled on a night where the video assistant referee (VAR) was all Spurs needed to achieve their dream of reaching the last four of the money-spinning competition.

The game started with four goals in the first 11 minutes, then another came to make it five in 21 minutes.

Raheem Sterling opened scoring for City on the 4th minute, Son Heung equalized for Spurs on the 7th minute and added another on the 10th minute to make it 2-1 in favour of Spurs after which Bernardo Silva took the game to 2-2 on the 11th minute.

Eleven minutes later, Raheem Sterling scored the third goal for City and his brace for the night to make the game 3-2 after which Sergio Agüero netted on the 59th minute to give City the hope of reaching the semi-final.

However, Fernando Llorente’s 73rd-minute strike shattered City’s dream as it made it 4-4 on aggregate, meaning that the coach Mauricio Roberto Pochettino tutored Spurs went through despite losing in an incredible, breathless game.

In the other game of the night, Liverpool defeated Porto 1-4 (1-6 on aggregate) to qualify for the semi-final

Meanwhile, on Tuesday, Spanish giants Barcelona dumped English Premier League club side Manchester United out of the UEFA Champions League with a 4-0 aggregate win to advance to the semi-final stage.

Naija News reports that Lionel Messi pounced on two Manchester United mistakes to score twice on the 16th and 20th minutes in the presence of 96,708 spectators at the Camp Nou on Tuesday night.

Below is the full Champions League quarter-final results…