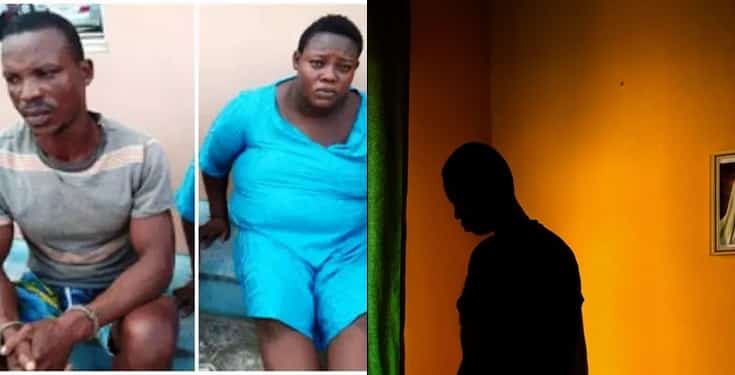 Operatives of the Akwa Ibom State Police command have apprehended a couple for allegedly killing their 12-year-old son over witchcraft.

The couple was said to have killed David and buried him in the Iquita swamp in the Oron local government area of the state.

Okon David Essien who confessed to committing the crime accused his son of being a wizard and being responsible for the death of his first wife who is his mother and cited that as his reasons for ending the life of his son.

In his confession, Essien said that he lured the innocent boy to the swamp on the pretence that he should help him cut bamboo sticks for making kitchen.

However, the second wife (who was the young boy’s stepmother) was dissociated from the crime but was arrested for not reporting the crime to the police since inception that the boy got missing.

The Police is apparently investigating the matter after which the couple would be arraigned for possible prosecution.

Nasarawa State: How We Will Track Down Attackers Of Kochu Village – Nigerian Army