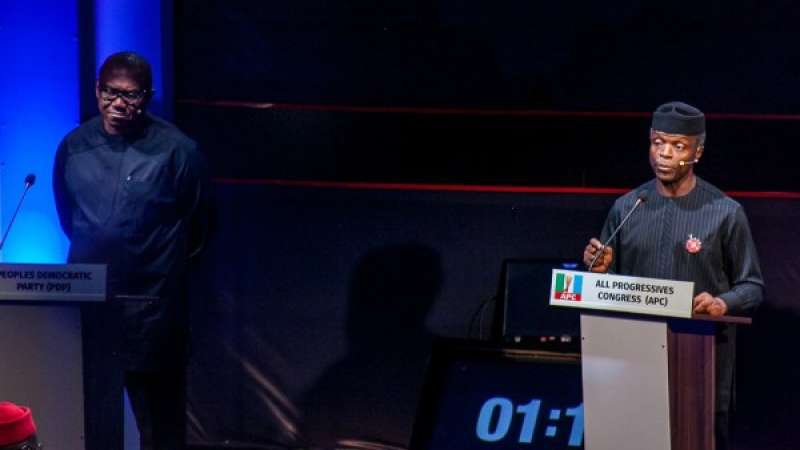 A former Chairman of Northern Elders’ Forum, Paul Unongo, has advised the Igbo to organise themselves as Nigerians, and not Igbo, to canvass support for their ambition to occupy the position of Nigeria’s President come 2023.

Naija News reports that Unongo gave the advice in an interview with The Sun Newspaper over the weekend.

The northern leader expressed fear that the National Leader o the All Progressives Congress (APC), Nigeria’s ruling party, Bola Tinubu and Vice President Yemi Osinbajo might not sacrifice their ambition of becoming President in 2023 for the Igbo after working so hard to capture power from the Peoples Democratic Party (PDP) the then ruling party now main opposition party in the country.

Unongo, who resigned during the peak of herdsmen killings in Benue and Plateau states, advised the Igbo not to wait for other Nigerians to give them the presidency.

“Will it be fair to now tell people like Prof Yemi Osinbajo or Tinubu who came into this alliance (the ruling party) that an Igbo man has to be president, so after Buhari, the ambition of Tinubu should be quashed, the vice president should not nurse the ambition to be president.

“Tinubu that is the leader of a political party that is winning election should not nurse ambition, will that be fair?

“I canvassed for Zik, I took him across the whole of this nation. I was the General Secretary of the Party that pushed Zik to become the president of this nation.

The northern leader added: “I am encouraging my son, Rochas Okorocha, to come out and stand as president of the Federal Republic of Nigeria. He has more guts and courage than anybody I have seen from the East. I will support him if he comes out.”