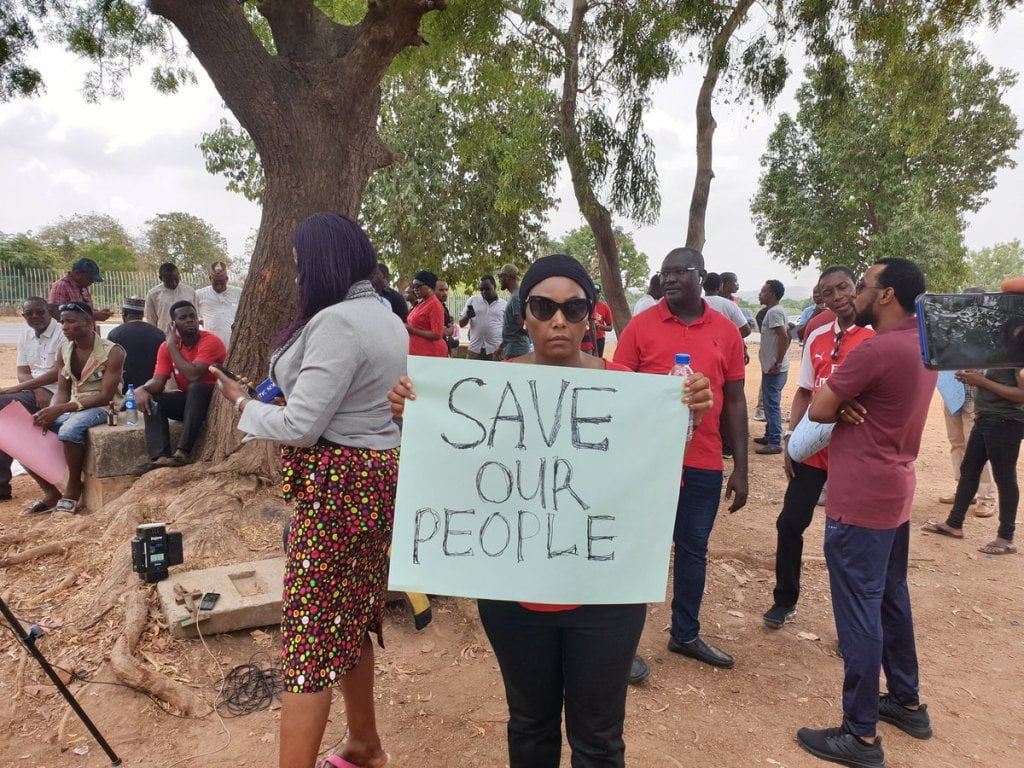 A veteran broadcast journalist and writer, Kadaria Ahmed, says the governor of Zamfara State, northern Nigeria, Abdulaziz Yari is the most useless governor in the history of Nigeria.

Naija News reports that Ahmed made this comment while addressing journalists in Abuja, Nigeria’s capital, during a protest against the ineffectiveness of both Zamfara State government and the Federal Government on the incessant killings in the state.

When asked what she thought of the efforts of the state government in addressing the issue, Ahmed said: “As far as I am concerned, that Governor is the most useless governor in the history of Nigeria.

“He only cares about the people of Zamfara when it comes to politics. The fact that they are getting killed does not concern him. He lives most of his time here in Abuja. How can you govern a state for eight years from Abuja? What sort of leadership is that? We are so happy he is on his way out.

“He is hopeless as a leader. He has not done well for our people. Under him, Zamfara has deteriorated.”

Ahmed said she grew up in Zamfara State, stating that the state has lost the peace and prosperity she used to know.

The veteran journalist called on Nigeria’s President Muhammadu Buhari to declare a state of emergency in the state.

“We are calling in President Muhammadu Buhari to show the people of Zamfara the same regards they have shown him. For two elections, they have come out in large numbers to vote for him. Can he also show that he cares about them?” Ahmed asked.

Zamfara state governor is “THE MOST USELESS GOVERNOR IN THE HISTORY OF NIGERIA’’ quote me on this @KadariaAhmed. I admire your courage and fearlessness madam. #ZamfaraIsBleeding pic.twitter.com/IrwrdY0RLm

This online news platform understands that Zamfara State has been under attack by bandits who kill and kidnap people, as well as burn down farms and houses.