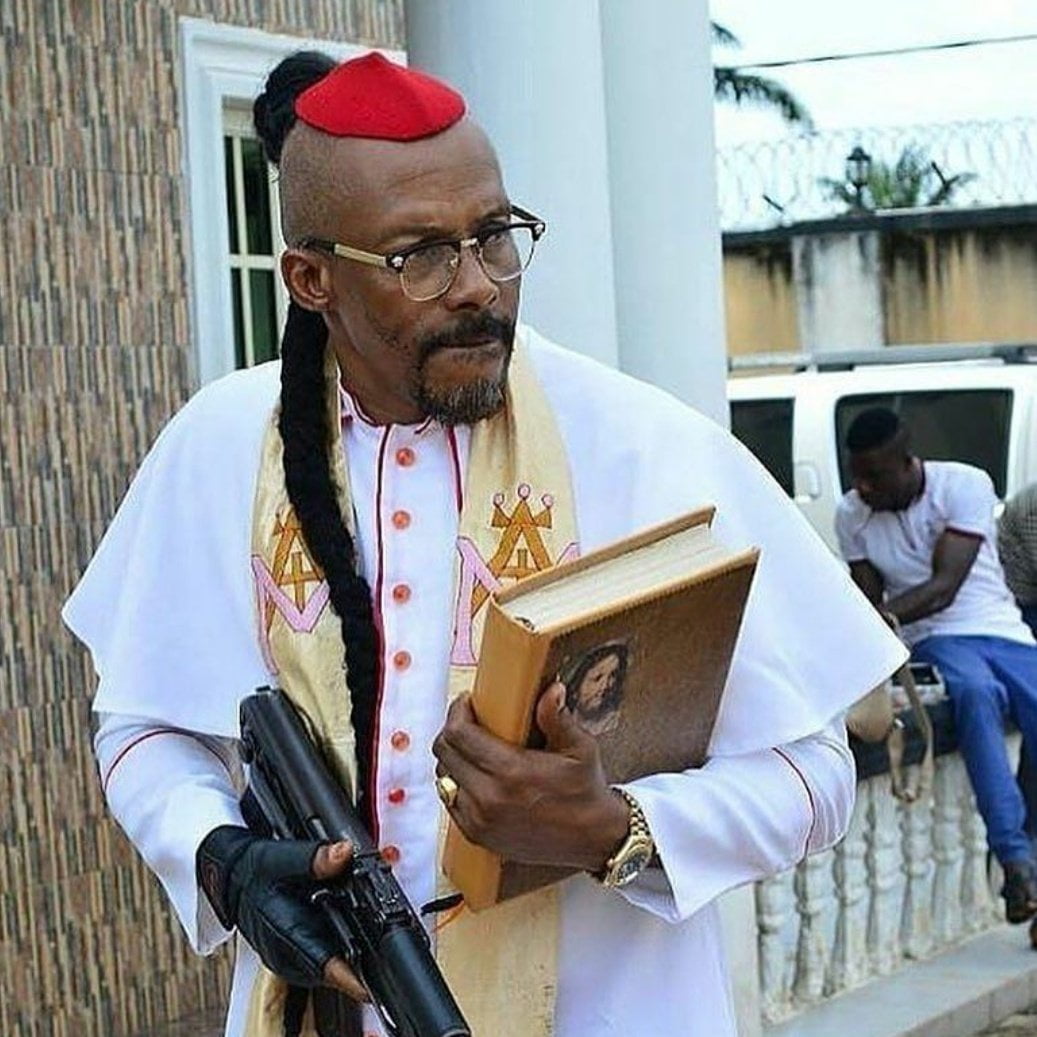 Nigerians have taken to the micro-blogging site, Twitter, to praise Hanks Anuku as the best actor to have played the “bad boy” role in Nollywood.

Naija News reports that the actor received the praises following comparison between him, Segun Arinze, and Gentle Jack on social media.

The development occurred when a lawyer identified as “Abuja Minister” on Twitter with the username @Sir_BiolaPr asked Nigerians to choose who their favourite character of “bad boy” all-time character in Nollywood was.

Nigerians reacted to the tweet with many voting Hanks Anuku as the best actor to have played the “bad boy” role in the Nigerian movie industry.

i remember during a shoot in asaba as told by my uncle in nollywood then, Hanks Anuku was given a car to drive back and forth a road in a robbery scene, he did it twice they said he should repeat it again, that’s how nigger drove off to lagos with their suv upon the 3rd trial??

Hanks Anuku was a great actor, we’ve lost him to drugs, he is roaming the streets of Asaba high, I’ve seen and spoken to him severally.

Some one just called Hanks Anuku’s British accent fake ?. This is the sorta loose talks that starts clan wars. That guy is a national treasure he made being an arm robber cool nd I owe him credits for my current line of business. #HanksAnuku

Good thing to see Hanks Anuku a.k.a The Senator trending but Did you know that he is 59 years old? be honest

These guys made Nollywood action-packed for us while we were growing up.

All of you picking Gentle Jack over Hanks Anuku probably never watched his movies.

Hanks made robbery scenes so real. Ogidan was legendary

It's has to be Hanks Anuku any day anytime with his fake ass American Accent ????

Y'all legit fear Hanks Anuku while growing up. We thought nigga was real into armed robbery. LMAO, Yoruba boys shouldn't come here and and start saying Odunlade. He's great grandson to this one ??? Hanks Anuku pic.twitter.com/9DYnlgziGc

When you see Hanks Anuku in a movie jus know he is either the head of thieves or he is terrorizing a village because of one girl he loves like that.Agree or disagree?

Pls, may i know why Hanks Anuku is trending? Had to say some prayer before tapping his name on the list.

Hanks Anuku was arrested in Ghana because they thought the armed robbery scene he was shooting was real. No one comes close https://t.co/YLKtJ0DLPs

At some point I began to think Hanks Anuku was an actual armed robber.

Successfully dethroned a King, led the community and when he got tired he appointed another King for the fun.

He would preach to you before stealing from you.

EFCC never got him. Clean Sheet?

Forget Secundus only him can win Buhari! pic.twitter.com/bpouvp3Ovo

Nobody is badder than Hanks Anuku.
The grundnorm of bad boys ?? https://t.co/uoBVvpcLBD

Hanks Anuku was a role model that is why children prefer being the thief in the game, "Police and thief" https://t.co/o0JN5kLVqD

Hanks Anuku is 59 years of age. Imagine my shock.

God bless anyone that made us happy and those still making us happy in the entertainment industry. Hanks Anuku is a legend ✌

Has any one watched Broad day light? Hanks Anuku really has me shook till date, i thought he was an arm robber. Or simple baby or Jago? To name a few… He's my fave and i love him. https://t.co/jtggkFnliH

Meanwhile, Hanks Anuku was born 27 August 1960 Ibadan, Oyo State, southwest Nigeria. He often stars as a villain in many Nollywood movies. Anuku was active in the industry in the 90s to early 2000.