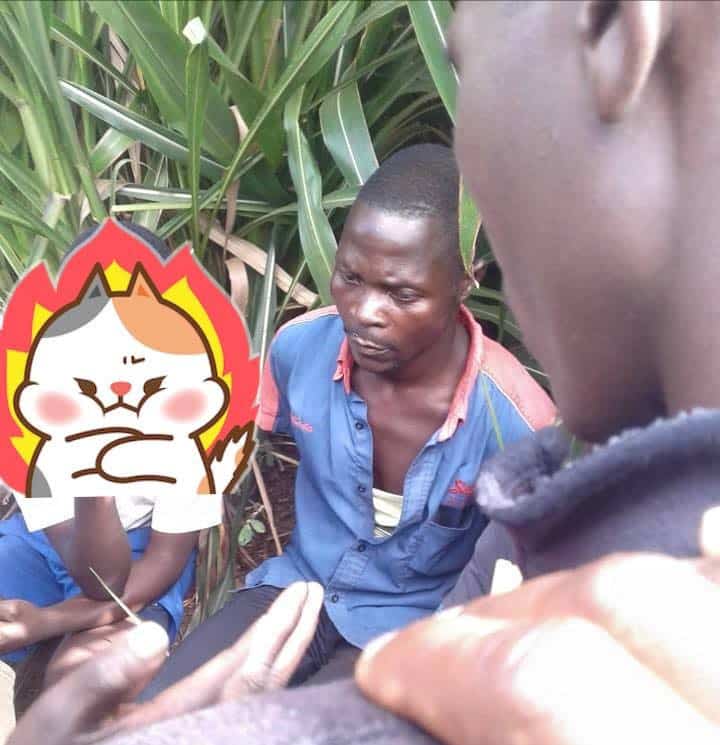 An unidentified middle-aged man has been nabbed by an angry mob after he was caught in the act of defiling a primary school minor inside a bush in Kwara state.

The mob claimed that the man whose name was not given had been practising such in the state before luck eventually ran out of him.

Naija News reports that the man was caught red-handed in the bush defiling the minor after a passer-by in the bush heard a strange sound and decided to approach the scene where he caught the alleged rapist right in the act.

The passerby after seeing what he described as unbelievable, raised an alarm that drew the attention of others who later came to the scene to rescue the victim and descended mercilessly on the alleged rapist.

A source who requested anonymity told Naija News that the alleged rapist was tortured by the locals in the area before he was finally handed over to the Police for further investigation and possible prosecution.

As at the time of filing this report, all efforts to reach the Kwara state Police command proved abortive.

Similarly, Naija News had reported how a student of the University Of Lagos (UNILAG) narrates how she was gang-raped by eight students.