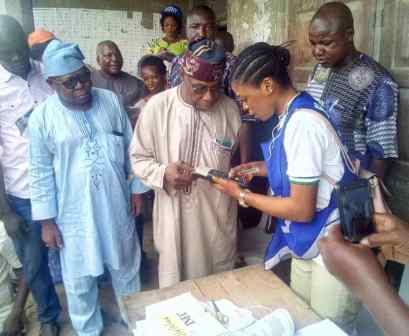 Naija News reports that the former president of Nigeria has been able to cast his vote three hours after voting had commenced in most polling units in Abeokuta, the state capital.

Obasanjo joined other political stewards who came out in their large numbers to vote for the candidates of their choice.

Naija News that President Muhammadu Buhari had earlier cast his vote in his polling unit in Daura, his country’s home town in Katsina state where he assured that he would eventually be declared as the winner of the election.