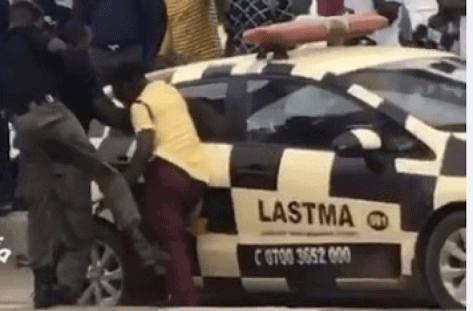 The Chief Executive Officer of the Lagos State Traffic Management Authority (LASTMA), Chris Olakpe has said that it has deployed 1,000 personnel to monitor the traffic during the presidential campaign of the All Progressives Congress (APC) which is slated to hold in Lagos on Saturday.

Chris Olakpe made this known on Thursday, February 7.

Olakpe said the agency was prepared to monitor and control the traffic situation of the state come Saturday, February 9.

“We are well prepared for the APC Campaign on Saturday to monitor and ensure the free flow of vehicular movement across the state.

“Different logistics have been put in place to bring back traffic officials at various corridors to manage the flow of traffic.

“Close to 1,000 personnel have been deployed to ensure that critical areas are manned for parking, traffic control and management,’’ he said.

Olakpe also furthered that the agency is not only involved in managing the traffic situation of Saturday but also noted that LASTMA would collaborate with other security agencies such as the police, military and other law enforcement agencies including neighbourhood watch.

“All hands must be on deck. Areas like Ikorodu Road, Ojuelegba, Barracks, Stadium, Costain to Funsho Williams and Surulere corridors will be thoroughly supervised for a free flow of traffic,’’ Olakpe said.

It would be recalled that Naija News reported that there would be road restrictions as the Lagos state government had on Wednesday announced traffic restrictions and diversion on some routes in the state.

Naija News reported that at least 18 routes would be closed for the purpose of the President’s visit for the APC campaign in the state.

Other routes are Oshodi/Oworonshoki Expressway, Agege Motor Road, Jibowu, Yaba and its environs, Ijora Olopa, Apapa Road, Costain, among others.