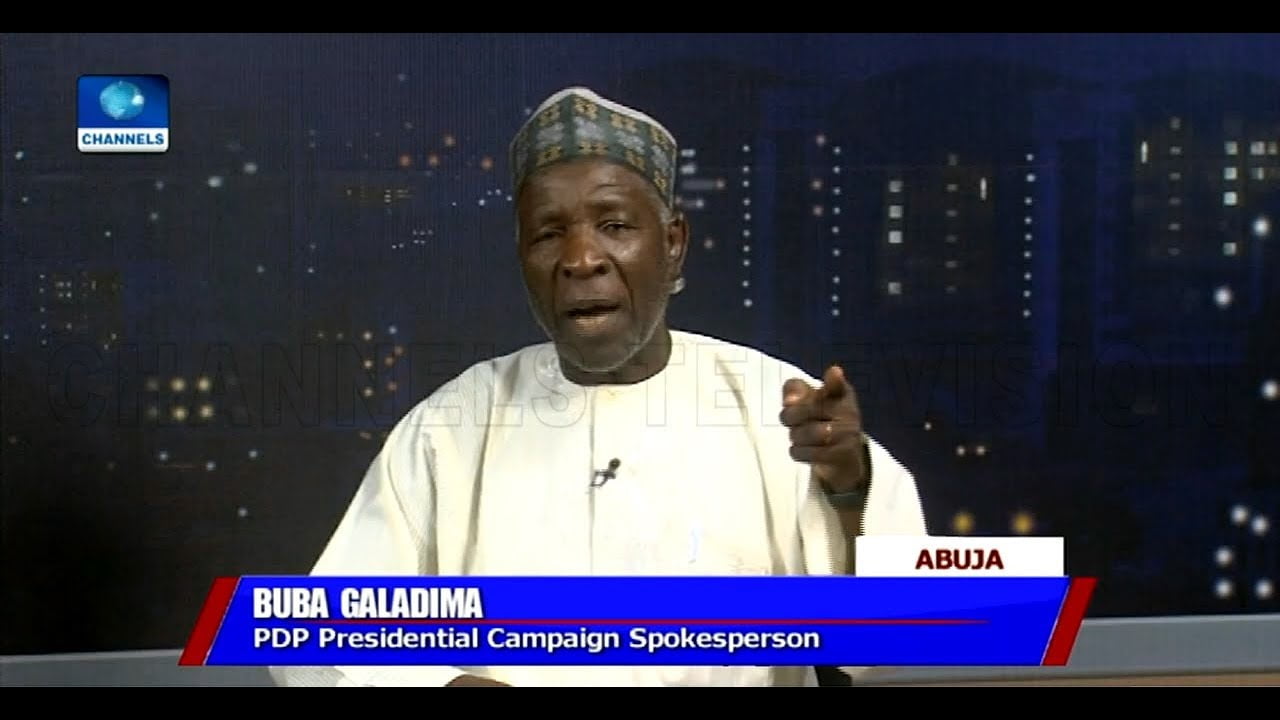 Naija News reports that Galadima made this allegation on Sunday when he appeared on Politics Today, a political talk show on Channels Television.

Galadima said at “Every campaign that Buhari goes to in an APC controlled state, local governments are empowered with twenty to forty-five million naira to purchase people and bring them to these rallies, and suddenly Buhari starts addressing the crowd and they all disappear because they must fulfil the contract for which they were brought in.“

The PDP presidential campaign spokesman alleged that in Kaduna, Atiku Abubakar, the candidate of the PDP, gathered twice the number that Buhari gathered, adding that the same feat was experienced in Kano.

“One Local Government rally by Kwankwaso is more than the global rally that was organised for Buhari after spending nearly one billion naira,” Galadima said.

The elder statesman also said that the present government is a government of exclusion, adding that is one operating on the theories of nepotism and bedevilled by corruption.

His words: “It is shameful that somebody who rides on the issue of corruption will raise the hand of a thief, certified crook, and say this is our candidate”.

“In Kano, you have seen the President raising the hand of a corrupt individual, a corrupt person that the whole nation has seen taking bribes, they are talking of corruption, that man belongs to them.

“They brought people from Niger, my good friend the Sultanate of Damagaram and two Governors from the Niger Republic, they are already telling us that they will bring aliens to vote for them,” Galadima alleged.