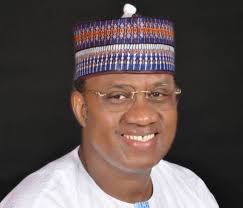 Sen. Kabiru Marafa (Zamfara Central), has commended Gov. Abdulaziz Yari for calling on the Presidency to declare a state of emergency in Zamfara State.

Naija news Learnt the Senator made the commendation in an interview with Newsmen in Gusau earlier today, saying that the stand had earned Yari piblic respect.

It would br recalled  that Naija news reported on  Thursday that Yari expressed his support over calls for a state of emergency in Zamfara State.

The governor”s call was made in on the backdrop of continued killings and kidnapping in the state.

Marafa said that with the call, citizens would appreciate the governor’s concerns for the security challenges facing communities in the state.

” I believe he has done what is right and that is not a failure but an indication of his willingness to bring lasting peace to the state,” the senator said