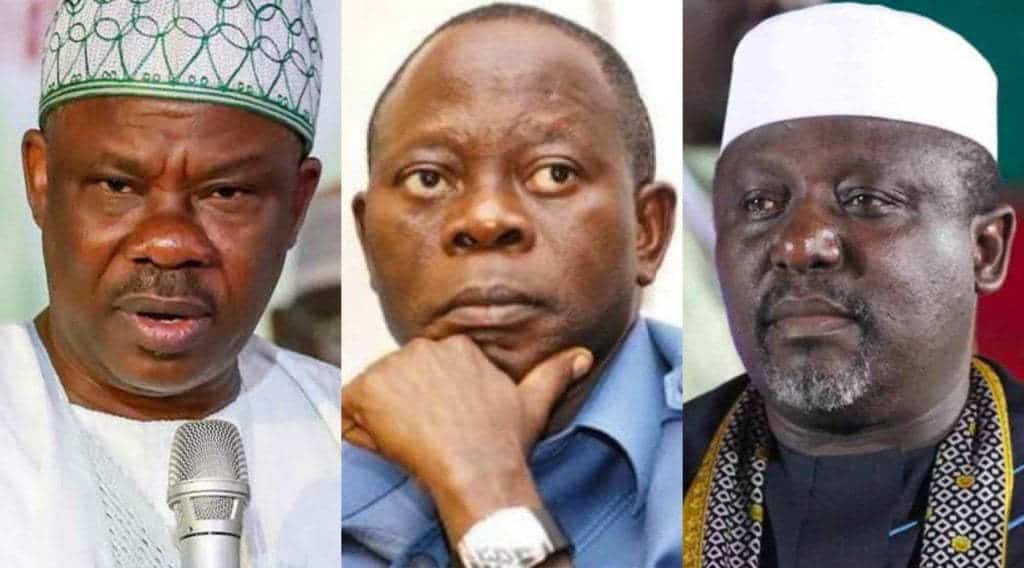 Indications from the National Working Committee of the All Progressives Congress shows it has resolved to query the Ogun State Governor, Ibikunle Amosun; and his Imo State counterpart, Rochas Okorocha, for anti-party activities.

Naija News learnt that the decision was part of resolutions reached at the National Working Committee meeting held in Abuja on Tuesday where the state, local government and ward executives committees in the two states were dissolved.

A member of the NWC said, “The party has sent letters to the governors to explain what has been attributed to them in the media and their commitment to the party’s ideals. We want to give them a fair hearing.”

The committee chaired by Mr Marcellinus Nlemigbo would superintend over the affairs of the party in the state.

Inaugurating the committee, Oshiomhole said the party would begin the campaign of its Imo State governorship candidate, Senator Hope Uzodinma, on Friday in Owerri, the state capital.

He urged members of the committee to close ranks with Uzodinma and other candidates of the party by mobilising supporters across the state to ensure victory in the 2019 polls.