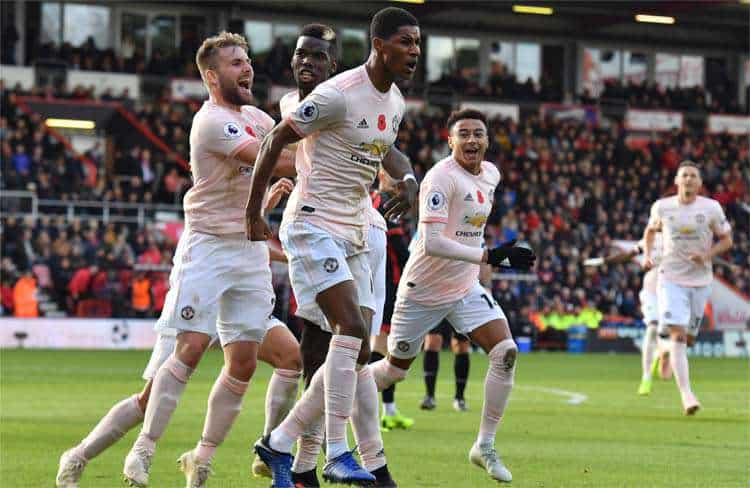 With the victory, United returned to approach the first placed of the English table

Manchester United continued their reaction to the English Premier League on Saturday by defeating Bournemouth 2-1, away from home, for the opening of the 11th round. It was the second victory followed by the team led by coach Jose Mourinho, who seems to relieve the pressure on his job, after a series of stumbles in different competitions.

With the triumph, United returned to approach the first placed of the table. The team has 20 points and is in provisional seventh place, one behind Bournemouth, who has the same score but has a better goal difference.

Playing at home, Bournemouth made a devastating start to the game on Saturday. He dominated the match and did not let Manchester rival play in the first 15 minutes. United accepted the dominance and still made mistakes in defense. In one of them, the host opened the board.

After a corner kick in the area, the United defense moved away. But there was an idea to it – the misdirected ball was turned into a cross. Junior Stanislas crossed the right from the right and Callum Wilson easily completed the net after 10 minutes.

After the break, Mourinho’s team began to leave the game after 20 minutes. And even without pressing the host defense, got the equalizer to 34. Anthony Martial completed a cross from the right and sent to the networks.

Unhappy with the performance of his team, the Portuguese coach made changes in the midfield and attack for the second half. He took the Brazilian Fred, the Spanish Juan Mata and the Chilean Juan Mata and fielded Marcus Rashford, Ander Herrera and Jesse Lingard. And it was successful.

The goal of the turn came only in the 46 minutes of the second half. Pogba crossed from the left and Rashford, one of the options for the final stage, completed in the small area to sacramentar the victory of the visitors.