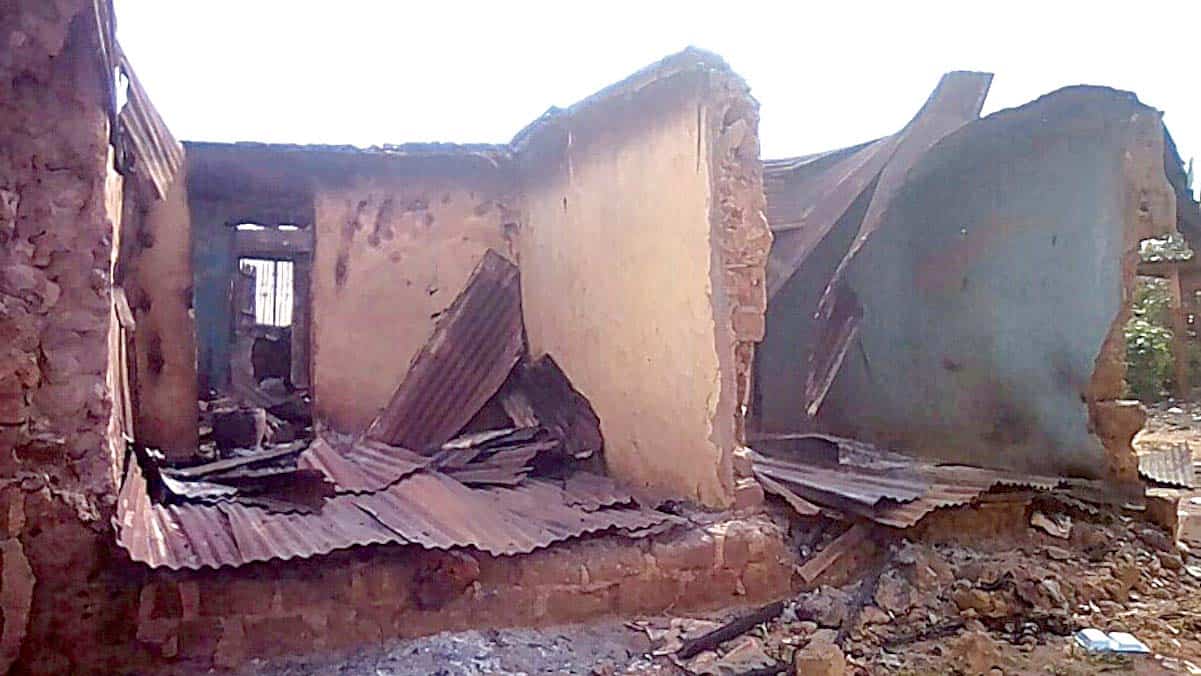 Mifa, eight kilometres away from Chibok town, is the last settlement which shares a border with the dreaded Sambisa forest.

A Chibok resident told TheCable that the insurgents are currently setting houses ablaze in the community.

“They came in from the forest some minutes ago. They are currently burning houses,” the resident said.

A military source also confirmed the attack, saying security operatives are preparing to storm the town.

“Troops are yet to move in but they are trying to mobilise,” the source said.

The source later said soldiers had moved into the village but that the insurgents had killed some people, including the village head, before they got there.

“The troops have moved into Mifa but Bila Vwa, the village head, had been killed before we got there,” he said.

The source said most of the villagers had fled and now hiding in the bushes.

The attack is coming a week after the Islamic State West Africa Province (ISWAP), a faction of Boko Haram, executed Hauwa Leman, an aid worker with the International Committee of the Red Cross (ICRC) who had been held captive.

In April 2014, the insurgents had attacked Chibok, abducting over 200 school girls at the Government Girls’ College. Some of the girls have been rescued, but 113 are still being held captive by the insurgents.