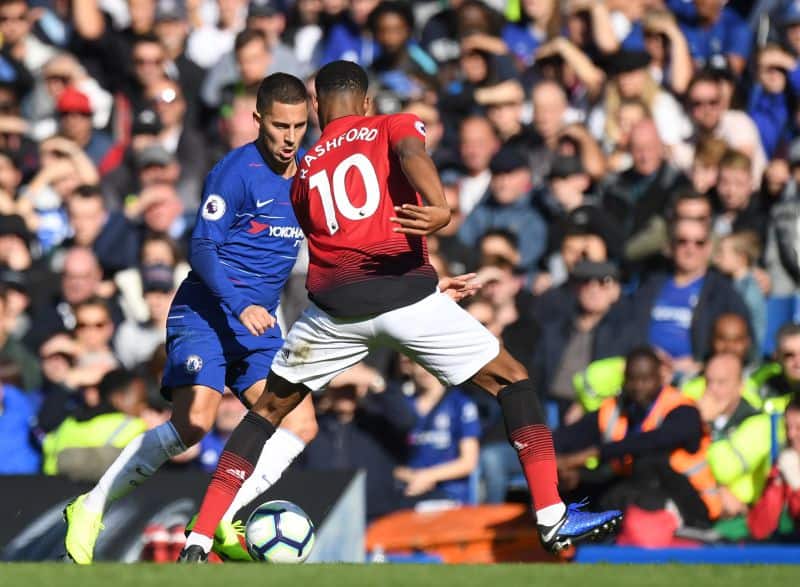 Hazard tries to get past Rashford . EPA / FACUNDO ARRIZABALAGA

A substitute Barkley goal in the 90th minute gave Chelsea a 2-2 draw at Manchester United FC midfielder José Mourinho in the ninth game of the English Premier League.

The Londoners got off to a good start in the 21st minute with a goal from German Rudiger, taking advantage of a failure by Frenchman Pogba following a corner.

In the second half, the Frenchman Martial began the turnaround in favor of the red devils, with goals in 55 and 73, but, in the discounts, substitute Ross Barkley equalized.

During the celebrations, a member of Chelsea’s technical team celebrated with Manchester United’s bank, causing Mourinho to look for him in the tunnel of access to the spas of Stamford Bridge.

With this tie, Chelsea provisionally sealed the lead of the championship, still without defeats and with 21 points, one more than Manchester City and Liverpool, who have less a game.

Manchester United added the second tie in the competition and occupy the eighth place with 14 points.