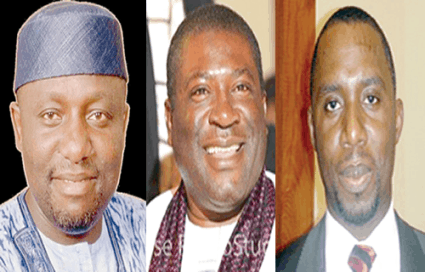 The son-in-law and former Chief of Staff to the Imo State Governor, Rochas Okorocha, Ugwumba Uche Nwosu, as being voted the All Progressive Congress (APC) flag bearer for the governorship election in Imo State come 2019.

According to Brig. Gen. Ibrahim Agbabiaka (rtd), Chairman of the Imo State APC governorship primaries, declared the results at about 3.30 am Sunday morning,

Agbabiaka said that all the nine aspirants contested in the governorship election.

Agbabiaka lauded the conduct of the members of the party, who painstakingly went through the exercise, despite the hiccups that attended the first one.