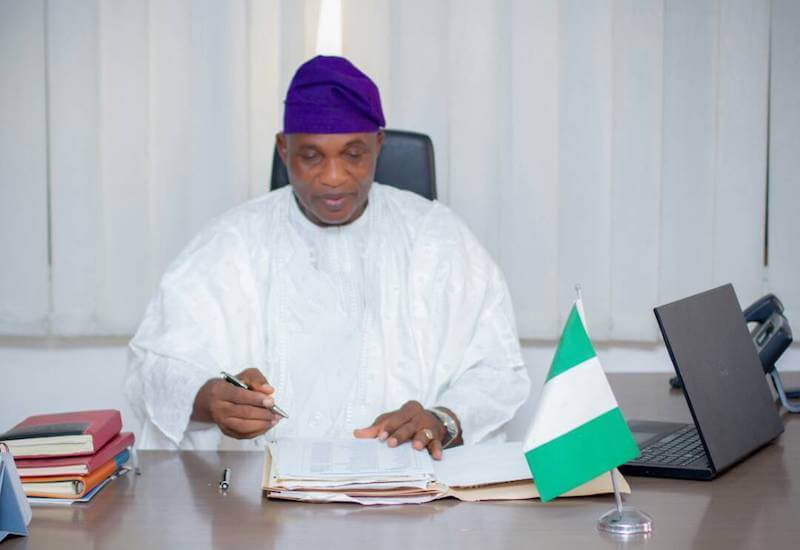 Governorship candidate of the African Democratic Party, Moshood Adeoti has according to reports making the rounds, returned to APC.

Naija News understands that the former Secretary to the State Government, Adeoti, left the party to pitch his tent with the ADP in July. The Iwo man polled over 49,000 votes in Saturday's election and was considered one of the APC's biggest loses prior to the election.

Adeoti met leaders of the APC in a meeting in Osogbo ahead Thursday's rerun. His local government area, Iwo is however not part of the rerun but all 48 political parties are involved in the election.

After he has done so much damage to the party. If not for his greed and selfishness we shouldn't be talking about rerun.

The former SSG returned to APC after hours of re-conciliatory meetings with the APC National Campaign Team for the Osun Governorship election led by Governor Abdullahi Ganduje of Kano State.

The meeting had Kayode Fayemi, Abubakar Ganduje, Lai Mohammed, Bayo Salami and a few others in attendance.