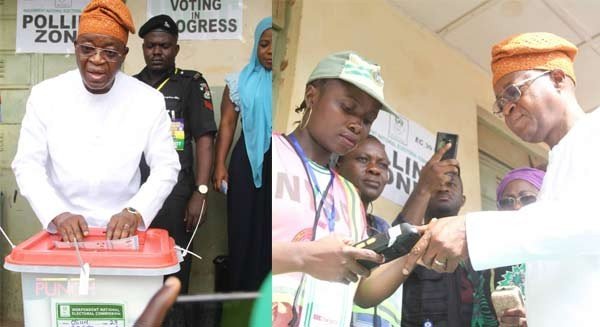 Gboyega Oyetola , All Progressive Congress APC governorship Candidate in Osun state election has described the election as free and fair.

The governorship aspirant who spoke with newsmen today, after he casted his vote, affirmed that there has been no form of vote buying so far.

He said “the election is very free, very fair so far so good”

Oyetola also stated that all security agencies on ground, are doing a very good job, “as people can be seen moving around freely”

He also praised the Independent National Electoral Commission INEC for a good job, stating that there has been no issue with the card readers or accreditation process.

Oyetola is from the same party as the incumbent governor of the state, Ogbeni Rauf Aregbesola.