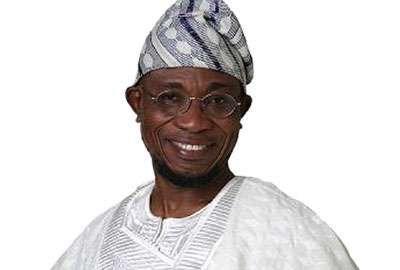 Kano State Governor, Dr. Abdullah Umar Ganduje, and a foremost Yoruba traditional ruler, the Alaafin of Oyo, Oba Lamidi Olayiwola Adeyemi, have canvassed for the votes of Osun people for Gboyega Oyetola, the All Progressives Congress (APC) candidate in this Saturday elections.

The duo commended what they described as monumental, the achievements recorded by the Osun State under the Governor, Ogbeni Rauf Aregbesola, administration, saying his government has done very well in all aspects of the economy.

They admonished the people of Osun not to allow themselves to be induced by unscrupulous politicians who didn’t have the vision to build on Aregbesola’s good legacies.

The two prominent Nigerians made the statement on Monday during a courtesy visit to Aregbesola at Government House, Osogbo.

Ganduje said the Aregbesola administration has placed Osun on the path of development in all sectors of governance as reflected in the infrastructural facilities put in place across the nooks and crannies of the state.

The Kano Governor, who is also the Chairman National Campaign Council of the APC for Osun 2018 Governorship Election, noted that it is imperative for the people of Osun to support the continuity agenda, which he described as the only way to socioeconomic advancement, progress and prosperity.

Ganduje, who said his visit to Osun was to ensure free, fair, credible, acceptable and transparent governorship election, noted that it is high time Osun residents supported Aregbesola by voting for APC.

According to him, continuity is the bedrock of socioeconomic development in any society, hence the need for all to support the good works, which Aregbesola’s administration had brought to Osun by voting the APC candidate in the forthcoming gubernatorial election.

“As a matter of fact, the only way to pay Aregbesola back for the good works that his administration has done is to vote for continuity so that we can sustain Osun on the path of development.

“We have seen the infrastructural facilities that his administration has put in place; the good roads, schools among others. These are legacies that must be sustained and prevented from being destroyed

“If we truly love Aregbesola and we believe in his good works, then no one must hesitate to vote for continuity as this gesture will place Osun on enviable height.

“As we strife to ensure free, fair, credible and transparent governorship election, it is also important to let our people know that there is need for them to support the continuity agenda of this administration”, Ganduje said.

On his part,  Alaafin of Oyo, Oba Lamidi Olayiwola Adeyemi said Aregbesola has built a state worthy of emulation by any serious government in Nigeria and as such must be continued.

Oba Adeyemi canvassed for continuity of the good works of Aregbesola’s administration as the state couldn’t afford to swing backward again.

He applauded the governor for the good works his administration has done in his nearly eight years tenure while appealing to Osun people to vote for APC in the interest of genuine development and transformation.

Alaafin said APC governments in Nigeria have proved their competence in all strata of the economy as no opposition party had faulted the good works of very many of them, particularly in the southwestern Nigeria.

He described APC government as the best government so far in the history of the state, saying it is time for the people of Osun to elect continuity.

He charged traditional rulers to be wary of power-hungry politicians, who have nothing tangible to offer, warning them to place development above their personal interest.

In his words, ” It is only an enemy of progress that will not appreciate the performance of Aregbesola’s administration in spite of the challenges posed by the nation’s economy which had adversely affected the states of the federation.

“I am happy to identify with Aregbesola not only because he is a governor, but because he has done very well in all aspects of life; he has improved on the economy of Osun and he has raised the bar of governance, despite the present economic reality.

“I commend him, I commend his government for what he has been able to achieve so far, particularly on his administrative sagacity and prudence in the face of daunting challenges.

In his remarks, the Governor of Osun Ogbeni Rauf Aregbesola expressed profound gratitude to Ganduje and Alaafin, saying he will utilize the remaining days to the expiration of his administration to build more on his giant strides.

He expressed confidence that the All Progressives Congress, at winning the gubernatorial election, saying “we have God and the good people of Osun behind us”.