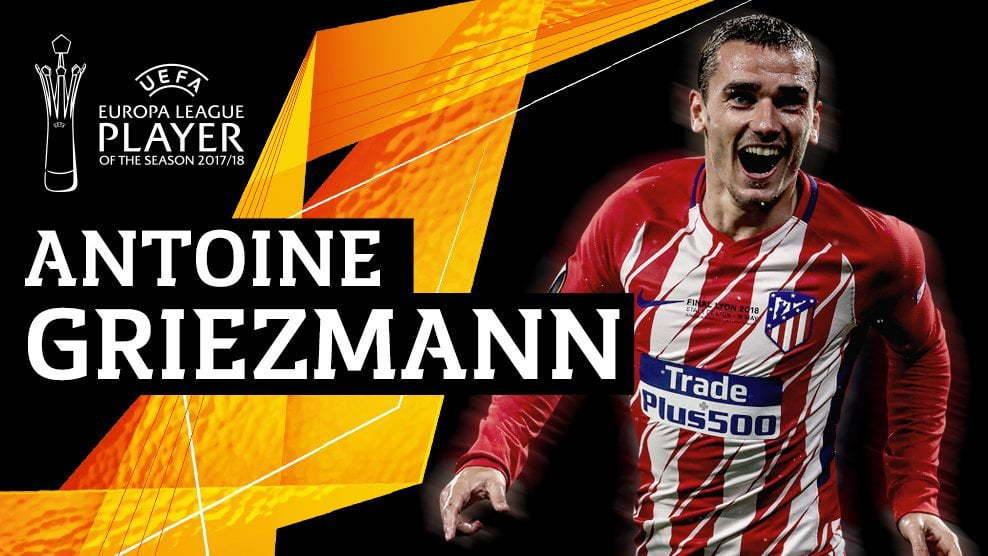 French striker, Antoine Griezmann has been named the 2017-18 Europa League Player of the Season.

? Congratulations to @atleti forward @AntoGriezmann, the 2017/18 #UEL Player of the Season! ??? pic.twitter.com/meCymGe20a

The UEFA Europa League draws are currently been held with teams waiting with batted breath for their opposition as the race for European glory kicks off.