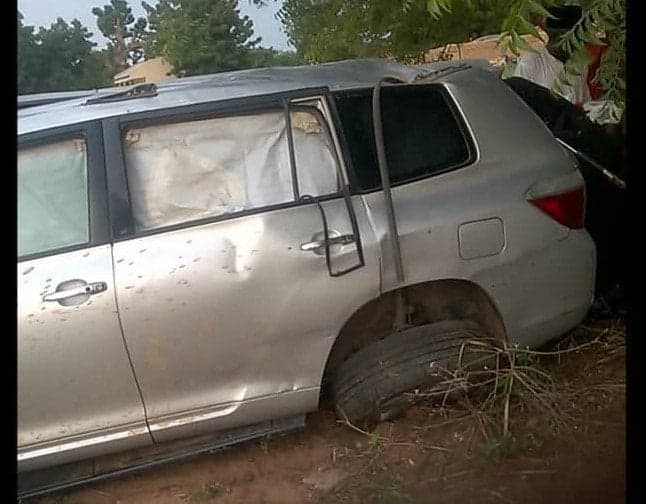 The Crashed car Buba Galadima was reportedly traveling in

Engr. Buba Galadima, the Chairman of the Reformed All Progressives Congress (r-APC), has reportedly been involved in a fetal motor accident along Hadeija-Kano Road.

Galadima, who was in the ill-fated car with is son Sadiq Galadimma, a relative Mohammed Galadima and two others was returning from Yobe State where he went to commensurate with his brother over the death of his daughter.

Barr. Emmanuel Sawyerr, a leader of r-APC Coalition Network, who is also closed to the family of the R-APC chairman, told the correspondent of NAN that the Sports Utility Vehicle (SUV) which Galadima was traveling in somersaulted several times.

While confirming that the r-APC chairman and all the occupants of the vehicle survived the crash, Sawyer did not disclose the cause of the crash.

“They were already very close to Kano when the accident happened so they are being taken to Kano at the moment,” he said.