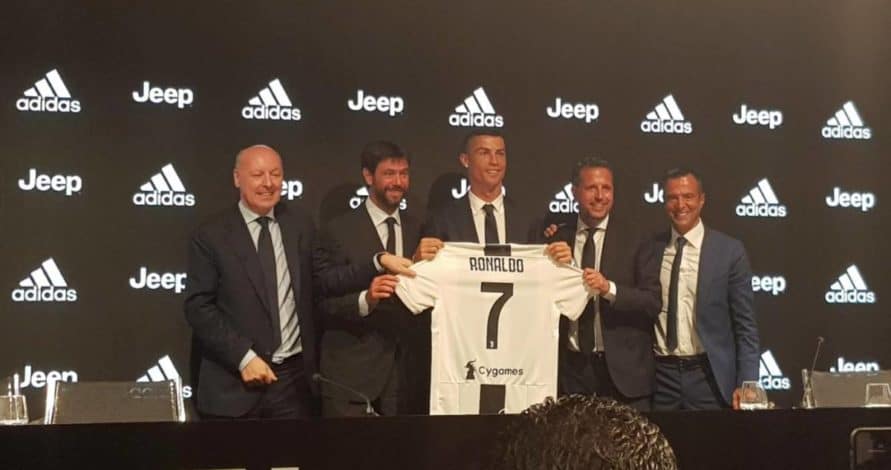 Juventus, a Seria A club has, on Monday evening, officially unveiled Cristiano Ronaldo after passing a medical earlier in the day.

The 33 years old Portuguese forward said that he remain determined to make his make in the Italian club, after completing his move to Juventus from Real Madrid.

“The nine years at Real Madrid were wonderful, but it’s a brand new step in my life, so I thank all the supporters with my heart,” Ronaldo said at a press conference. “But I have to focus on this next step. I’m looking forward to playing. I’m very motivated, concentrated and focused on that.”

“I’m going to try to show that I am a top player, as usual. I’m going to work hard in training … I am very ambitious and I like challenges. I don’t like to stay in my comfort zone. After the experiences in Manchester and in Madrid, I’d like to mark the history of Juventus.” he said.

He disclosed that he decided to join Juventus rather than head for one last big pay day in the Middle or Far East. “I’m here because it’s a brand new challenge for my career,” he said.

“It’s a big club and usually players of my age go to Qatar or to China, with all due respect, so coming to such an important and outstanding club at this point in my career makes me very happy. That’s why I’m very grateful to Juventus for this opportunity.”

“I hope I can give the best response on the field during matches, that’s what I can do. I hope I can take them to an even higher level.”