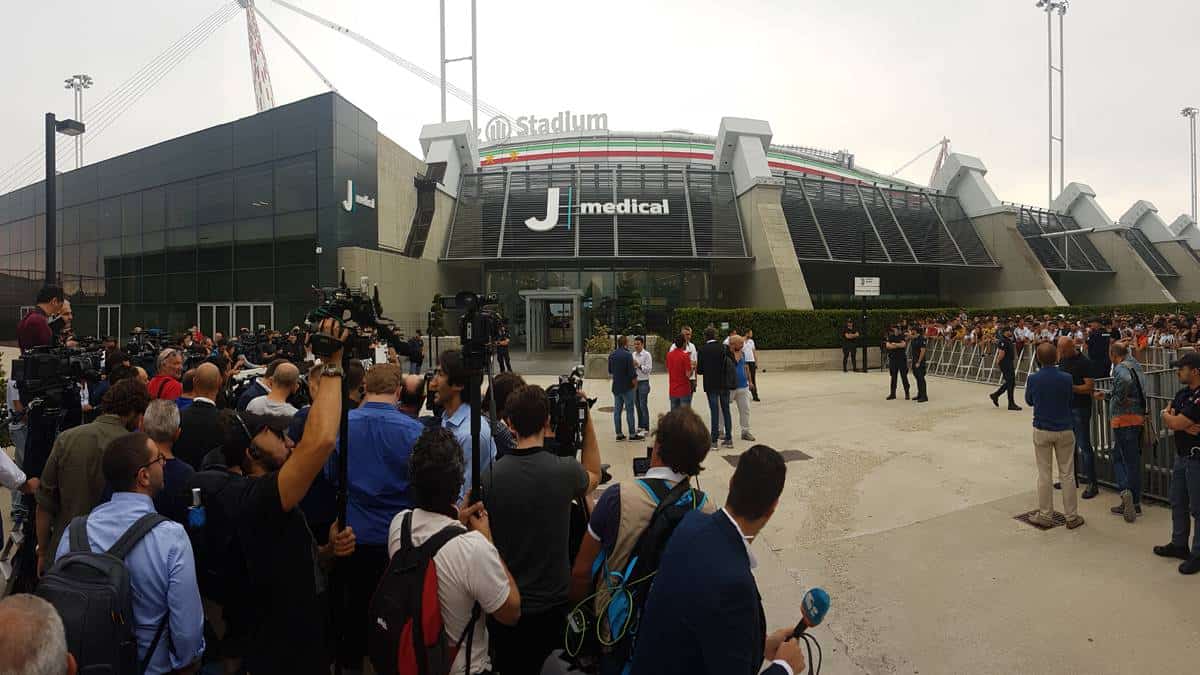 Over 1,000 people have gathered at the vicinity J-Medical centre in Juventus where Cristiano Ronaldo will pass his medical examination. The fans do not wanted to miss the opportunity to see their new idol, especially knowing that the madical test and presentation will be behind closed doors.

The Portuguese has a tight schedule today and before his official presentation must pass the medical examination. The Bianconeri fans have moved to support and try to get a photograph or an autograph from the former Real Madrid player .

In the images you can see the fans wearing the clothes of the team, as well as carrying flags with the face of the football player in a historic day for Juventus, which will present today its most expensive signing .

After the medical examination he will go to Continassa to greet his new coach, Massimilliano Allegri and meet those who will be his colleagues from now on. From there he will go to the stadium (he will arrive at 16:30 hours), although the doors of the Juventus Stadium will only be opened for the press, which is why the fans will not see their idol again until after the scheduled press conference for 6:30 p.m.