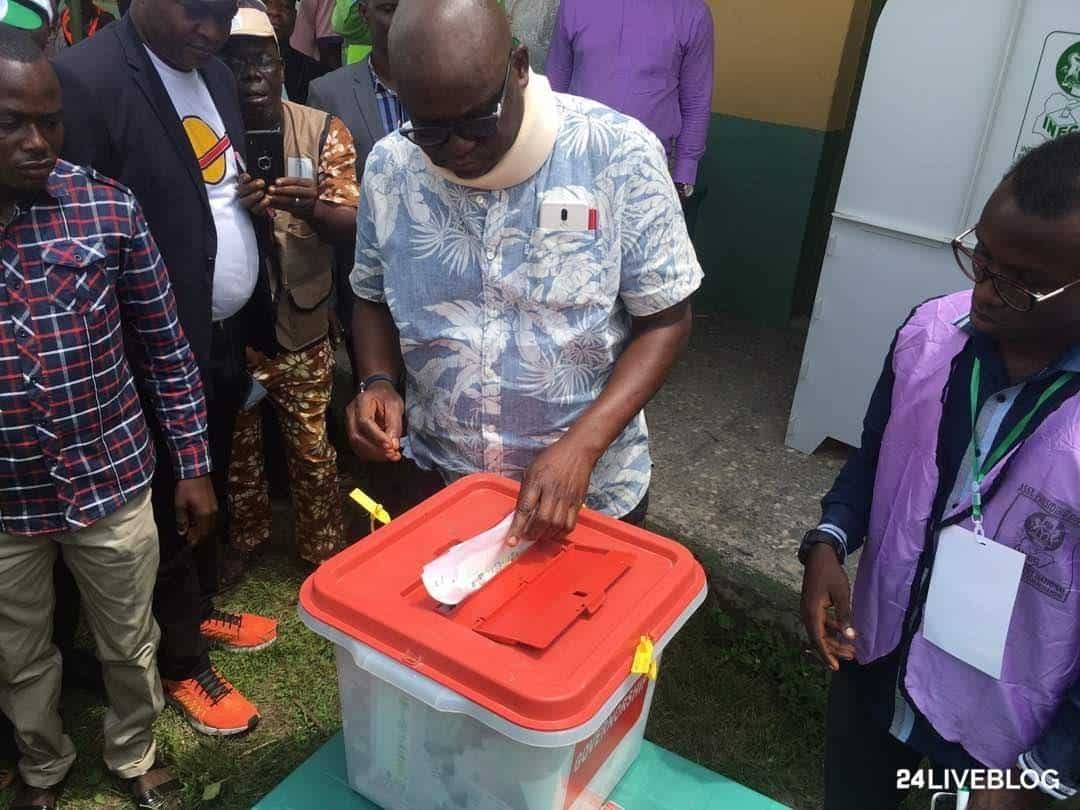 The Governor of Ekiti State, Mr Ayodele Fayose, has asked agents of his party, the People’s Democratic Party (PDP), to ensure they protect their votes in the governorship election taking place in the state, Naija News, Understands.

Governor Fayose said this on Saturday on his way to vote.

“Even if they are going to cut your neck, let them cut the neck. So long as the ballot boxes are there”, he told the party agents on the phone.

Receiving another phone call, he said, “I don’t want to hear stories. Vote and protect your votes. “Don’t come back to Ado-Ekiti without protecting. Whosoever’s ballot boxes they are carting away should better remain in his community”.

Residents turned out in large numbers across the state to vote in a new candidate who will govern them for the next four years.

In many parts of Ado-Ekiti, the capital, hundreds of voters were seen at the polling units as early as 7:00 am.

Voters including the elderly, pregnant women, nursing mothers, youths among others were seen at the polls to exercise their rights to vote.