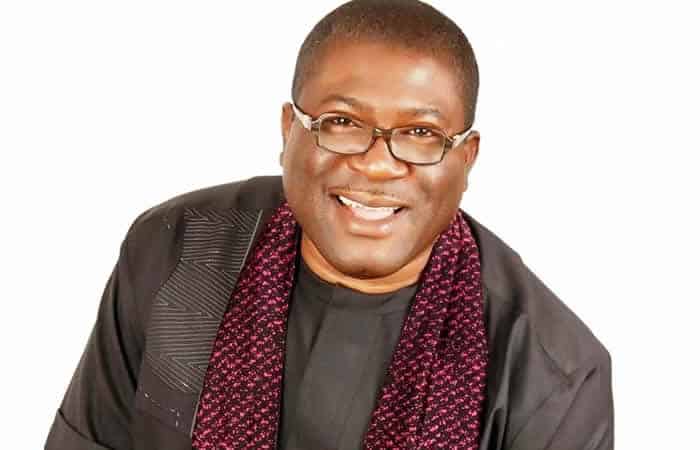 There was tension yesterday as the Imo state House of Assembly sat over the impeachment process against the state Deputy Governor, Eze Madumere.

While protesters blocked the House of Assembly complex, condemning the planned impeachment of the deputy governor, police deployed to the assembly, also barred scores of journalists from covering the sitting.

Ekwezuo said: “The committee set up to investigate the allegations against the Deputy Governor, Eze Madumere, has submitted its report and it was adopted by the House as a working document.”

Scores of protesters led by Mrs. Caroline Amadi from Madumere’s council area, Mbaitoli Local Government Area also blocked the gate to the assembly saying: “We are not happy about what is happening in Imo State. ‘The deputy governor’s impeachment is political. ‘They have decided to come up with phony allegations to give Madumere a bad name. Imo people are watching and we know the truth.

We can’t allow this injustice to continue in this state and we are here to say no to this ugly trend in our dear state. The House of Assembly must not allow itself to be used.”

A mild drama started when some journalists wanted to access the House of Assembly but they were stopped by some top ranking police officers positioned at the entrance of the assembly.

The Police officers told the journalists that, “the order is from above. We are not allowing you to go in.”

Committee set up to investigate the allegations levelled against him summitted its report and was adopted by the House.
Reacting to moves by the lawmakers to impeach him yesterday, the Imo Deputy Governor, Eze Madumere said he had not been served impeachment notice by the state government.

Meanwhile Madumere said on Tuesday 10th Day of July 2018, by 1:30pm at the office of the Deputy Governor, Government House Owerri, a purported notice of gross misconduct signed by some members of the Imo State House of Assembly was served on Nze Obinna Aharanwa, Principal Secretary to the Deputy Governor of Imo State.

In a statement by Uche Onwuchekwa, Special Assistant to the Deputy Governor on Media, he said,  the purported notice of gross misconduct signed by some members of Imo State House of Assembly was not served on the Deputy Governor of Imo State, Prince Eze Madumere personally, as mandatorily stipulated by the 1999 Constitution (as amended). And till date, no such notice has been served on Prince Eze Madumere.

“When and if any such notice is served on the Deputy Governor of Imo State, Prince Eze Madumere personally, as required by law, he shall as a law abiding and responsible citizen of the state react to same personally.

“The earlier press statement issued by me yesterday was done on my own accord and without reference to the Deputy Governor who had not been served personally and who is currently out of the state.” He added.