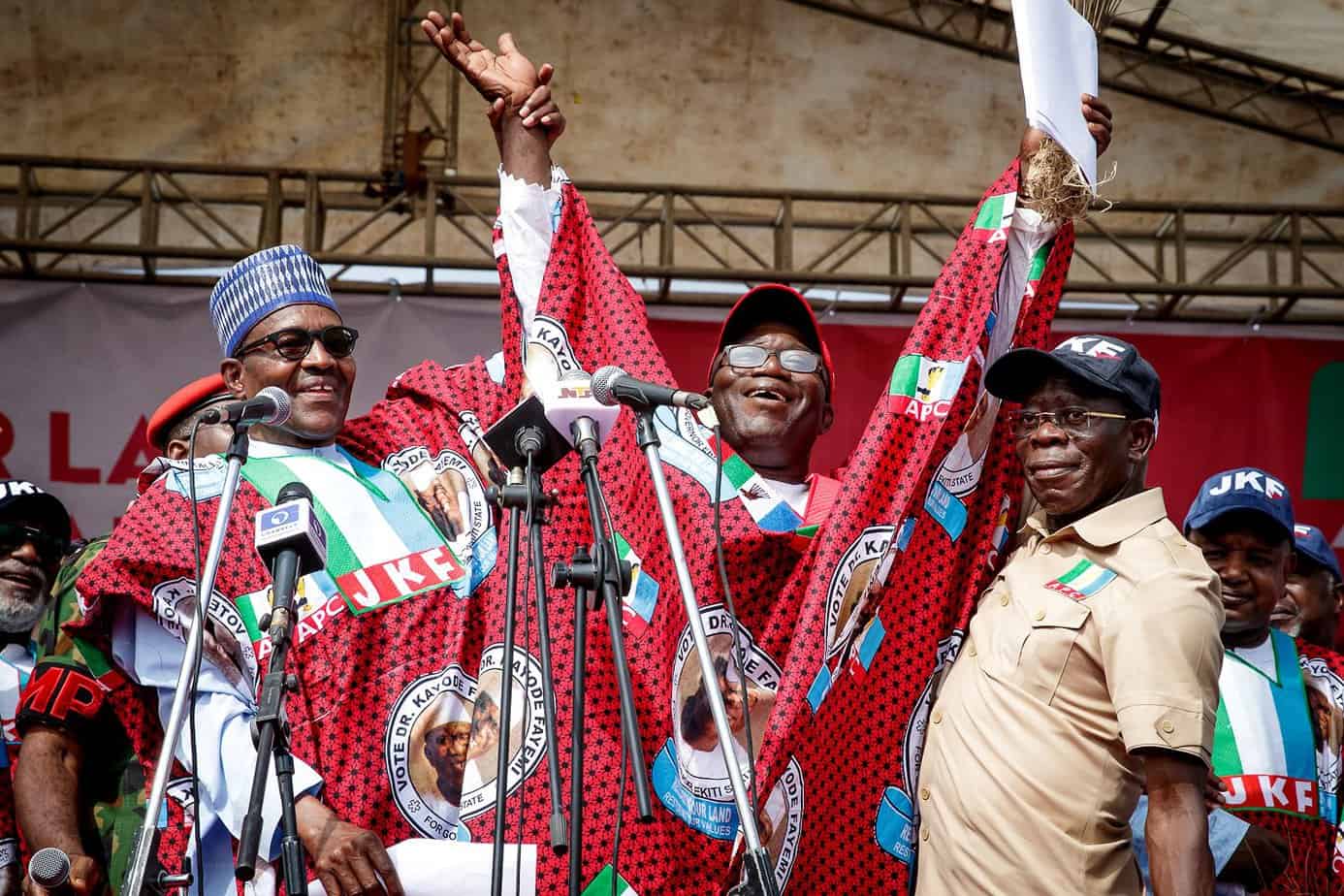 The All Progressives Congress (APC) governorship candidate in Saturday election in Ekiti, Dr Kayode Fayemi, on Tuesday said he wanted to rule the state again to reduce poverty among the people.

He made this known in Ado Ekiti, Ekiti State Capital during the final Rally of the APC in Oluyemi Kayode Stadium on Tuesday.

Fayemi told those in attendance that Gov. Ayodele Fayose impoverished the citizens by not paying salaries and pensions.

Fayemi claimed that Fayose purposefully impoverished the people of the state by depriving them of their salaries and gratuity in order to make them beg for money on the streets.

Fayemi, who was governor of the state from 2010 to 2014, commended Ekiti people for coming out to welcome President Muhammadu Buhari contrary to the directives of the governor that nobody should come out to welcome the president to the state.

He, however urged the people of the state to come out en masse to vote for him on Saturday.

“I am so delighted with your determination to defy the unpopular order by Gov. Ayo Fayose that nobody should come out to welcome President Muhammadu Buhari to Ekiti.

“It is therefore time to send Fayose and his unpopular government out of office.

“I want you to vote for me on Saturday and show Gov. Fayose that ‎the power of Ekiti people is much greater than his power,” he said.

Naija News recalls that Fayemi resigned his position as the Minister of Solid Minerals and Steel Development to contest the election.