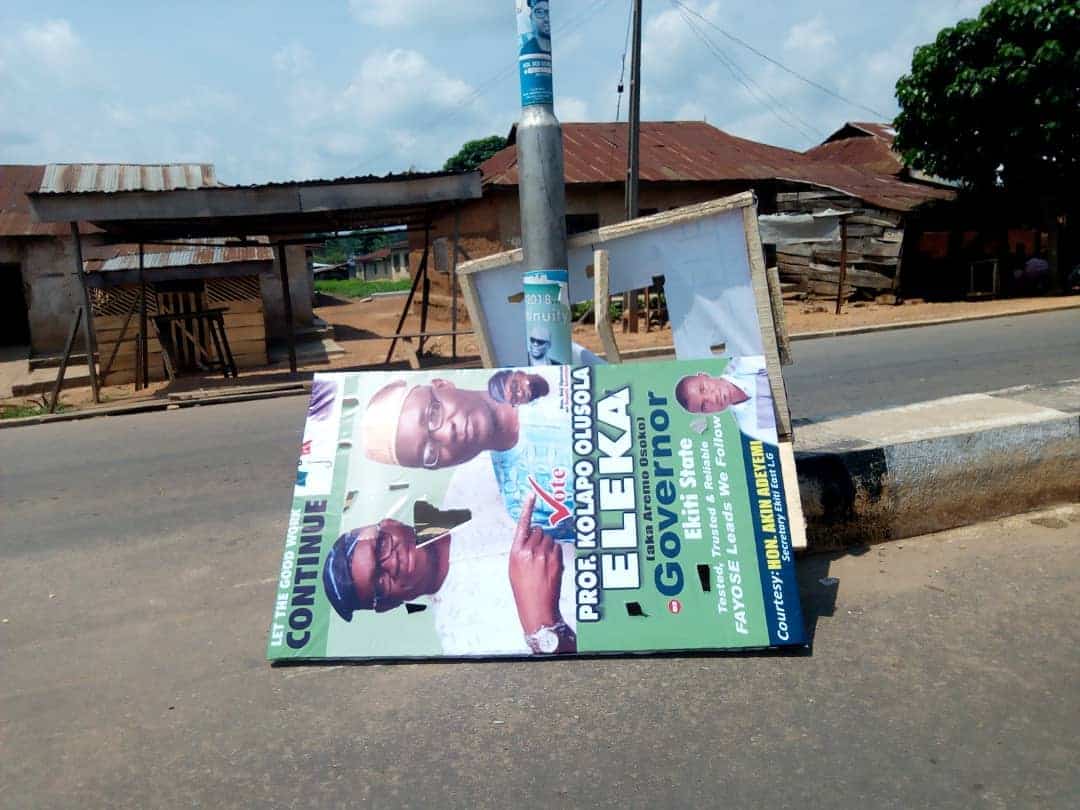 “Only politicians with electoral failure staring them in the face will go about destroying posters and billboards as if that will translate into votes.”

The Kolapo Olusola Campaign Organisation (KOCO), in a statement issued on Monday, by its Director of Media and Publicity, Lere Olayinka, said billboards and posters in Omuo Ekiti, Ekiti East Local Government, Ikole Ekiti, Ikere Ekiti – Ado Ekiti road and other towns were destroyed today, adding that, “destroying billboards won’t save the APC from defeat.”

The statement read; “Today, Ekiti State witnessed a return of crude and animalistic display of political intolerance as thugs on the campaign train of the APC candidate, Dr. Kayode Fayemi went about destroying campaign billboards and posters of the PDP. “The thugs that openly wielded guns, matchets and other dangerous weapons, were directed and controlled by Fayemi himself to destroy our billboards as they move from one town to the other.

“It should be noted that there had been no political violence in Ekiti State until Fayemi declared his ambition to run for the governorship. Even his party members have not been spared in his usual display political thuggery.

The whole world saw what happened at the APC primary election. “Ekiti people can still recollect how Fayemi’s thugs waged war against Hon. Opeyemi Bamidele between 2013 and 2014, which led to several attacks on Bamidele and his supporters and the murder of Foluso Ogundare in Emure Ekiti on November 3, 2013. “With what was witnessed today, it should be clear to Ekiti people and the entire world that Fayemi is back with his army of destroyers and killers.

“However, we wish to state that destroying campaign billboards and posters will not stop Fayemi and his APC from suffering worse electoral defeat than they suffered in 2014.

“Ekiti people are resolute and on July 14, they will speak with one voice against Fayemi and his agents of political and economic tyranny that plunged the State into debt and put jobs of thousands of government workers, especially teachers on the line. “Like the locusts were shown the way out of Ekiti in 2014, they will be dislodged finally on July 14 no matter the level at which they display violence.” 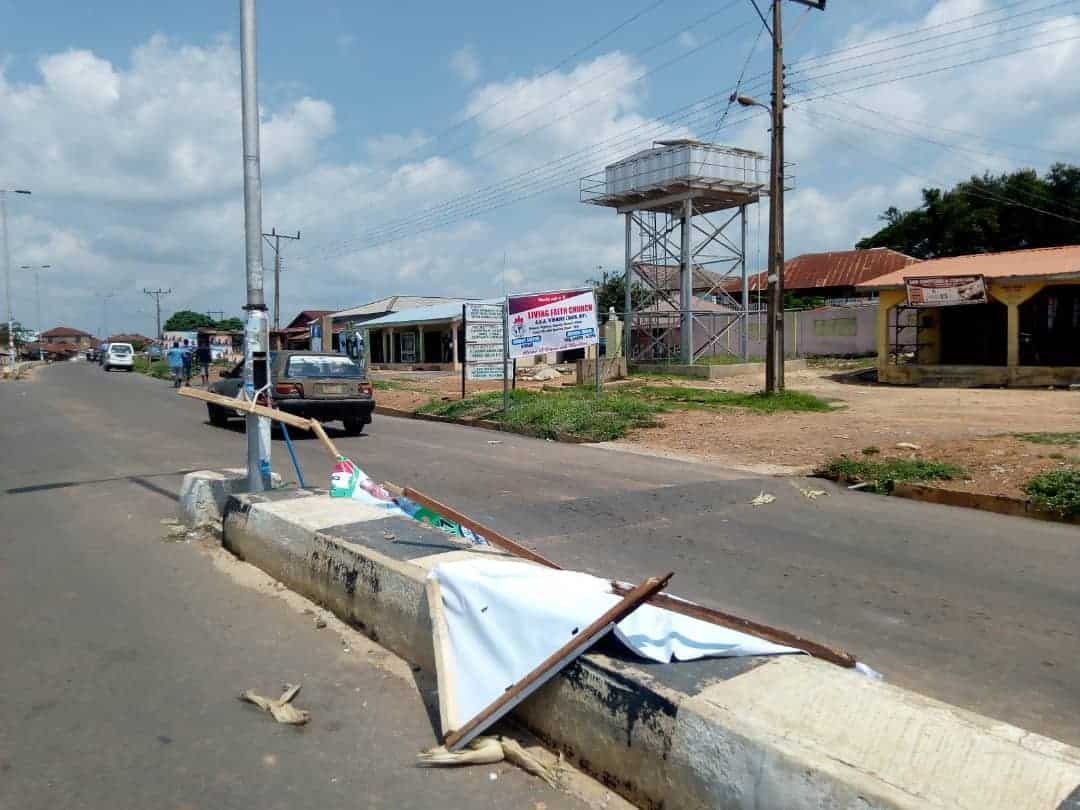 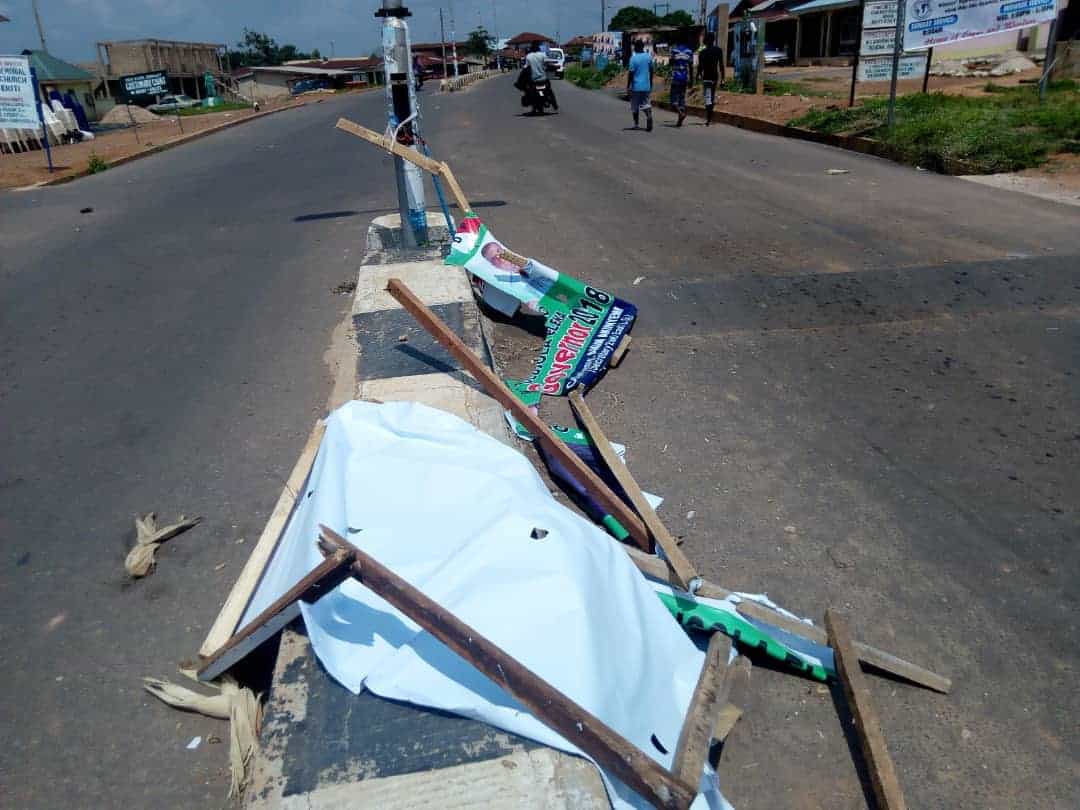 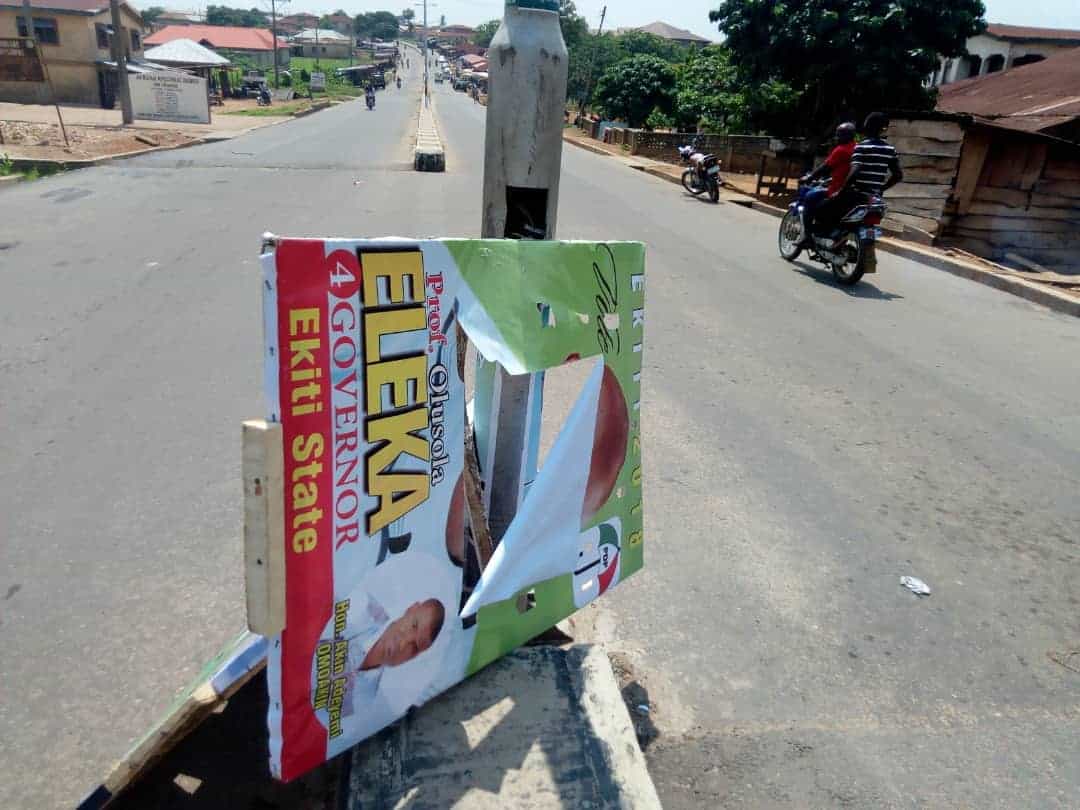