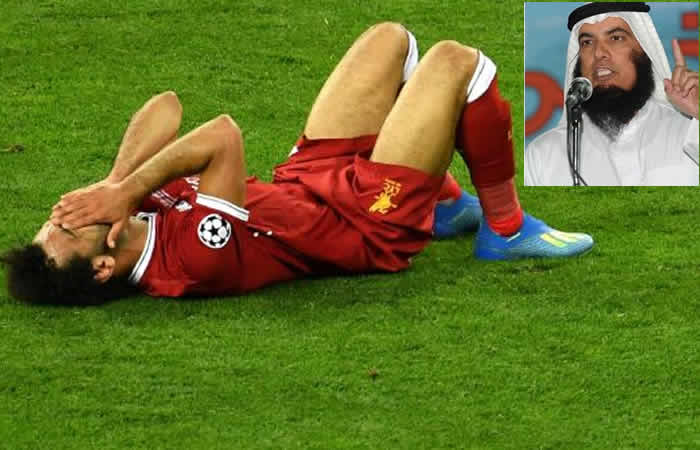 Salah Sinned By Breaking His Fast For Match – Prophet

In respect to Mohamed Salah’s injury in the Champions League final, Mubarak al-Bathali, Kuwaiti preacher, claimed in a tweet that the player was punished by God for eating before the match.

The prophet claimed that Salah by breaking his fast because of the match has sinned, adding that the Egyptian was poorly advised and that he will “unfortunately bear the burden” for it, reported Spanish football site, AS.

He added that while Muslims are allowed to stop fasting for travel, eating and drinking in order to play a football match is “not a legitimate excuse.”

“Do not think the Muslim believes that life is managed by reason and effort, but life in the hand of God comes to whom he wills, whether hard or not diligent,” Al-Bathali wrote. “Perhaps (the injury) is good for you.”

Auto translation provided by Twitter reads: “How many stories have we heard linking the incident to the event..?
That a person was unjust or this person did that God punish him. Who told you that God is the consequence of..?

“Then Allah Almighty punishes the honest believer to return him from his mistake or sleepy heads.”

The preacher also praised Salah for being an ambassador for Islam in the West and for having habits such as walking away when his teammates drink alcohol. “Do not grieve, the door of repentance is open,” he concluded.