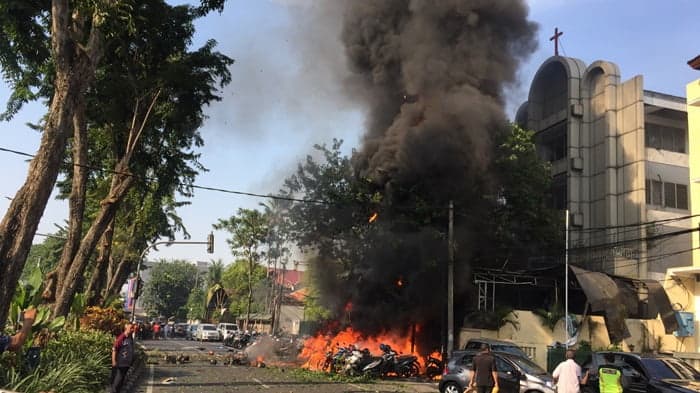 Five persons  have been reportedly  killed in two separate attacks by suicide bombers who detonated their bombs at Mashamari area of Konduga, 35 kilometres (20 miles) southeast of the Borno State capital, Maiduguri.

The bombers reportedly detonated their explosives inside a house and near a mosque on Sunday evening.

“Three people were killed in the two attacks and seven others were injured,”

“One of them detonated near a mosque while residents were preparing for the evening prayers and moments later the second one detonated inside a house,” said Danbatta, who was involved in evacuation of the victims.

Ibrahim Liman, of the civilian militia force assisting the military against Boko Haram,  however said two more victims died on the way to the hospital in Maiduguri, raising the death toll to five.

This attack comes two weeks after five militia members were killed by a male bomber who detonated explosives concealed on him at a checkpoint outside Konduga.

More than 20,000 people have been killed by the Boko Haram sect, with another 2.6 million displaced from their homes in Nigeria.