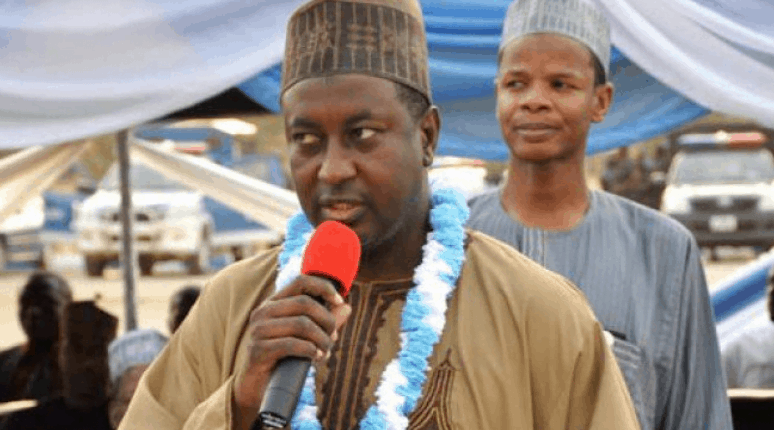 The Economic and Financial Crime Commission (EFCC),earlier today questioned the  former Governor of Kaduna State, Ramalan Yero for four hours at the commission’s office in Kaduna.

Naijanews understands that Yero was at the EFCC Kaduna office from around 9 am till about 1:30 pm, when he walked out smiling. The former governor thanked his supporters who were outside the EFCC office, for their solidarity and asked them to go to the mosques for Juma’at prayer.The former governor, however, declined to make comment to the press.

His spokesman, Malam Yakubu Lere, however had earlier stated that t his boss was invited in connection with the N700 million campaign funds released to the state by the People Democratic Party headquarters in 2015.

Lere recalled that the former governor was at the EFCC office in Kano two years ago over the matter and was granted administrative bail.

“At that time, he explained during the interrogation that the N700 million was PDP money sent to him as the then governor of Kaduna State to finance 2015 general election with instructions, which he judiciously followed.

“What they are holding against him was that he kept the money in the office of the Secretary to the State Government instead of in a bank.

“Even last week he was here on the same issue, but as you can see, he came out smiling, meaning the commission has found nothing to hold against him for now,” Lere said.

The spokesman urged Yero supporters to remain calm and be law abiding, adding that the struggle to rescue the state from collapse has just began.