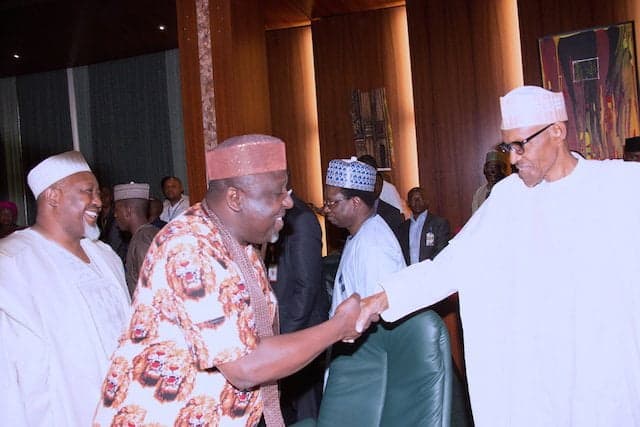 Governor Rochas Okorocha of Imo State, has denied rumours making the rounds that he is planning to dump the ruling All Progressives’ Congress (APC) for APGA.

The governor made the refutal in a statement signed by his Chief Press Secretary, Sam Onwuemeodo.

Okorocha argued that he has no reason to dump the APC after working so hard to build the party’s fortune in the state and indeed in the entire South East region.

The governor attributed the rumours to the activities of political opponents who are out to manipulate his supporters.

The statement read, “If Governor Okorocha did not take a good percentage of APGA members to APC, the party would not have had the kind of national spread it has today. For that reason, they called him all sorts of derogatory names which Nigerians know, including Alhaji in Government House, Okoro-Hausa and Rochas Buhari.

“When APC came for campaign in 2015, in Imo and all the states in the South East, he was the point man. Today, APC has become the party to envy. Nobody is talking about Okorocha and Buhari going to use APC to Islamise the Igbo.

“Today, the same people who called him names have begun to market falsehood against him, including the fake story of his leaving APC for APGA. All these show the level of frustration on the side of the 10-man coalition. They are being hunted by their inglorious actions.

“One may also wish to know that while the unfounded story of the governor leaving APC is yet to dry, they have also come up with another one, that the governor is in coma. These people do not know God and, of course, they are afraid of both the present and the future.

“No landlord leaves his house for unfaithful tenants. The name Okorocha is the fibre of APC in Imo and the whole of South East. And anybody who says it is not true should tell Nigerians why it is only in Imo you have APC governor, 24 out of the 27 House of Assembly members, three House of Representatives members and one senator, in the whole of South East.

“Time will tell what happens in APC in Imo and the whole of South East.”

Naija News recalls that Okorocha has been in the eye of the storm over his insistence on installing his son-in-law, Uche Nwosu, as the next Imo state governor.