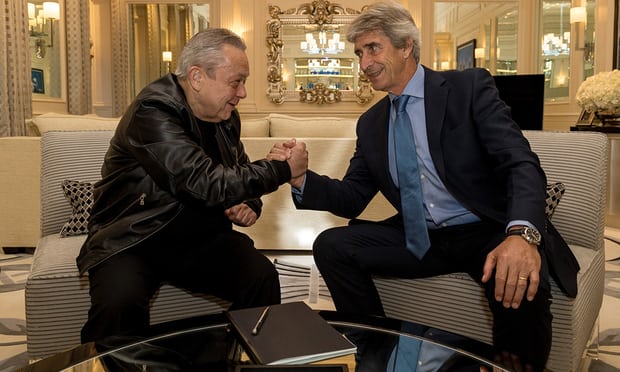 "I am excited about this project. I hope that next season we are going to play football that will delight the fans."https://t.co/Husu6Phx2H

Chilean Pellegrini left Chinese Super League club Hebei China Fortune on Saturday and replaces David Moyes, who guided the club to a 13th-placed finish in the league this past season.

READ ALSO  Mauricio Pochettino Set To Take Over At PSG

“I am delighted to welcome Manuel Pellegrini to West Ham United. “He is one of the world’s most respected football coaches and we look forward to working with him,” West Ham joint-chairman David Sullivan said.

Proud and motivated to assume this new challenge at @WestHamUtd and to be back at @premierleague .

We hope to achieve all the goals we set and take the club to international competitions.#whu #COYI #WestHam pic.twitter.com/iGp6d87Hp5

“It was important that we appointed someone with knowledge and experience of the Premier League.
“Someone who already has an understanding – not only of the teams and players we face – but of West Ham United and our ambitions,” Sullivan explained.

READ ALSO  What A Joke - Fans React As Arsenal Extends Deal For David Luiz, 3 Others