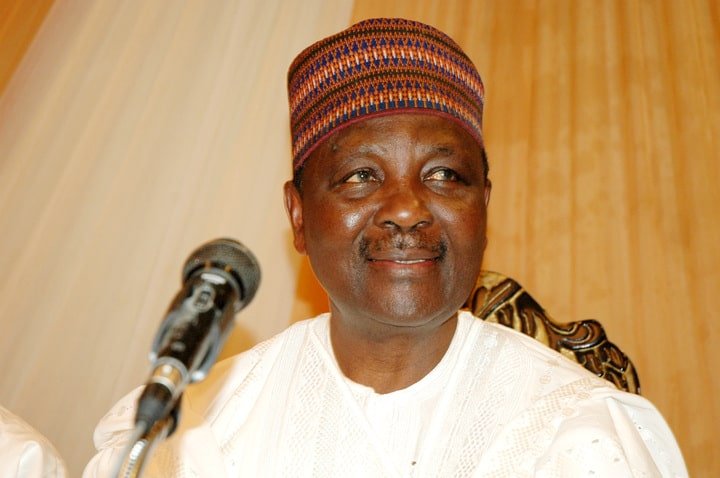 Gen. Yakubu Gowon (rtd), Former military Head of State has disclosed that his regime never had any case of corruption for the nine years (1966 to 1975) it was in power.

Gowon revealed this at the 8th Commonwealth Regional Conference for Heads of Anti-corruption Agencies in Africa hosted by the Economic and Financial Crimes Commission (EFCC) in Abuja.

Though he acknowledged that some of his ministered were accused of corruption, however he stated that the regime made sure that it did not happen.

“During our time, I can assure you we did not know anything of the sort such as corruption.

“Yes, some of my ministers were being accused of corruption, but I can assure you it was something that we tried to make sure it did not happen especially in the public service.

“When I left office in 1975, apart from my salary, it was those staff who were with me during the OAU meeting (Kampala, Uganda) that contributed their estacode to make sure that at least I had something to live on after I had been asked to leave office.

“And I said I wish I had done something to provide for the future, and I think it is that experience that probably made those that came after I left office to make sure they provided for the future.” He said.

The Former Military Head of State, who admonished electorate to ensure that they elect leaders who would be transparent, accountable and honest, decried the portrayal of the media that all past leaders of the country were corrugate, adding that such generalization is degrading the office of the presidency.

Earlier, Nobel laureate, Prof, Wole Soyinka, said Nigeria had been “bled dry’’ by corrupt leadership over the years, and challenged the anti-graft agencies on the prosecution of past and current corrupt leaders.

“I took the trouble yesterday to visit the new headquarters of the EFCC; I wanted to see what would be the mode of hospitality for some of our leaders who will surely sooner or later pas through the doors of that beautiful building not far from here.

“Until we make sure that some of our leaders pass through those doors, this struggle against corruption in this country will not be won.

“I spoke to Magu (EFCC Acting Chairman), that I want to see the presidential wing in this place. I said, `I am a human rights person and I want to make sure you treat them right when they come here’.

“But he said sorry, it is an egalitarian institution. And I said ok, I will take that message back to them, that they should get ready to go down a little bit in status when justice catches up with them.’’ Soyinka said.

Justice Walter Onnoghen, The Chief Justice of Nigeria (CJN), called for more political will by governments in the continent in the fight against corruption.

Onnoghen pointed out the need for the masses to be carried along in the process, because anti-graft agencies could only effectively wage the fight with information from the people.

In his address of welcome, Acting Chairman of the EFCC, Mr Ibrahim Magu, said Nigeria was lucky to have the administration of President Muhammadu Buhari which he said is committed to the anti-graft war.