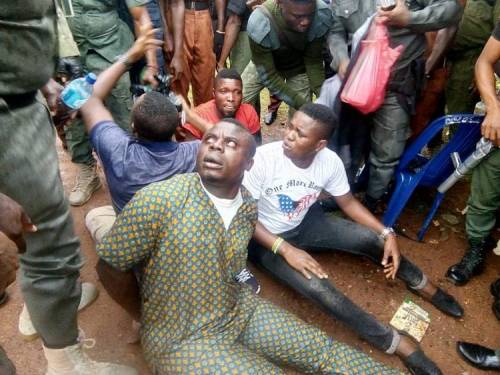 Six hoodlums found to be unruly at the resheduled Ekiti All Progressive Congress (APC) Primaries, Today

Independent  reports that One was found with an amulet charm, while another was caught with N157,000.

Naija News recalls that some hoodlums snatched some ballot boxes at the party botched primaries, which has to be postponed till today.

Punch reports that the hoodlums claimed to be delegates, but could not to prove their claim

They were therefore handed over to the officials of Criminal Investigation Department present at the venue by the police.

In compliance with the party’s directive that security from outside the state should be positioned at the  event, some detachment of Mobile Policemen from MOPOL 2, Lagos state, MOPOL 38, Nasarawa and the MOPOL outfit in Kwara State.
Security operatives, especially Policemen, were accused of complicity in the events that led to destruction of ballot boxes last Saturday.