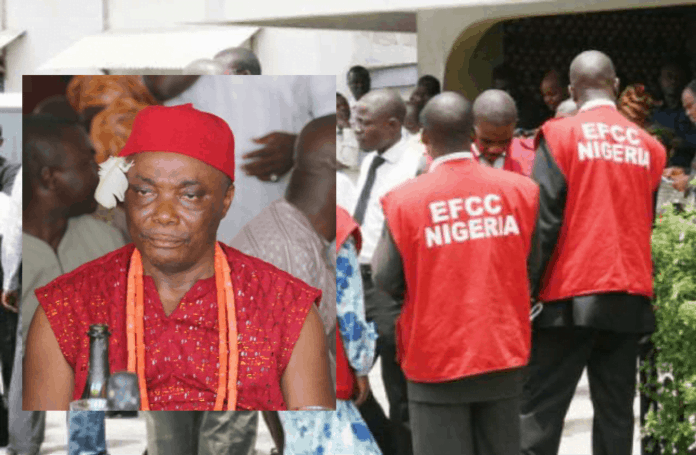 Senator Peter Nwaoboshi representing Delta North senatorial district in the National Assembly, has been ordered to be remanded Ikoyi Prison.

Justice Mohammed Idris of the Federal High Court ordered that Nwaoboshi  be remanded in Prison till Friday following his arraignment by the Economic and Financial Crimes Commission (EFCC) over allegations of fraud.

Idris ordered that the lawmaker be remanded in prison till Friday when a ruling would be given on whether or not to admit him to bail.

Counsel to Senator Nwaboshi had asked the court to grant his client bail on self-recognisance, but the EFCC opposed the bail application; informing the court that there were still pending charges against the lawmaker.

Nwaoboshi was said to have acquired a property described as Guinea House, Marine Road, in Apapa Lagos, for the sum of N805 million when he reasonably ought to have known that N322 million out of the purchase sum formed part of proceeds of an unlawful act.

The sum was said to have been transferred to the vendors by order of Suiming Electrical Ltd.

Suiming Electrical was said to have on May 14, 2014, aided Nwaoboshi and Golden Touch to commit money laundering.