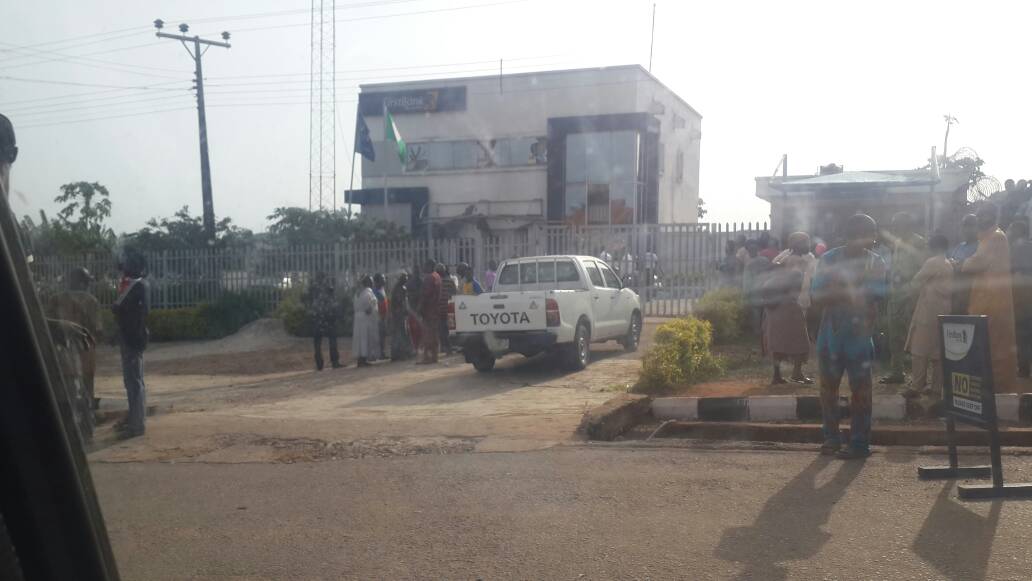 A Policeman has been killed during a robbery attack on a bank in Ifaki-Ekiti, Ekiti State, Southwest Nigeria,Naija News learnt.

An eyewitness said the robbers struck at about 4 p.m. shortly after the bank had closed for the day. He said the armed robbers’ rapid shooting was apparently from their inability to gain entrance into the banking hall.

They, however, shattered the front glass with bullets and attacked the ATM point, destroying the machine in the operation which lasted for about 30 minutes.

“It was a terrible experience for us in Ifaki today. The neighbourhood where the bank is located became a war zone with endless gun shots fired by the robbers,” the eyewitness said.‎

“Although they didn’t succeed in entering the bank, they killed one Mopol and his colleague who was also shot was taken to the hospital. “They shattered the glasses used to decorate the front of the bank and they destroyed the ATM Point.

“Although the robbers had left but there is still panic in the town.”

The Commissioner of Police, Abdullahi Chafe, confirmed the incident, but refused to give
details.“I cannot give you details on the incident now because we are in a meeting. We will give full details in due course,” Mr Chafe said.