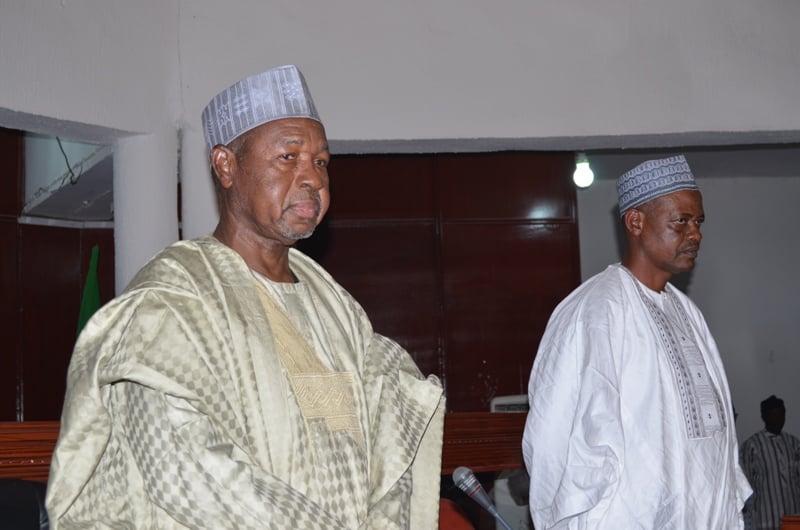 Speaking shortly after the swearing-in, Governor Masari assured the acting chief judge of the continues support and assistances to move the judiciary forward.He said, his administration has never and will never interfere in the affairs of the judiciary being an independent arm of government noting that ‘ We can only pray for you and assure you we shall assist you in discharging your work’ .

‘We will not in anyway interfere with your work. We have never your past, the out gone Chief Judge can attest to you ‘ he said

He said, government shall Provide all necessary things within limited resources to the judiciary adding that Katsina has a history in the nation’s judiciary, I hope you will enrich it as well ‘.

Justice Abubakar was born on 21-11-1958 in Funtua local government. He was call to bar in 1982 and began his legal career with Kaduna state Ministry of Justice as pupil state counsel.He rose to become Chief Magistrate in 1987. He was appointed and sworn in as a judge of Katsina High Court of Justice in November 1994 a position he occupies till date.