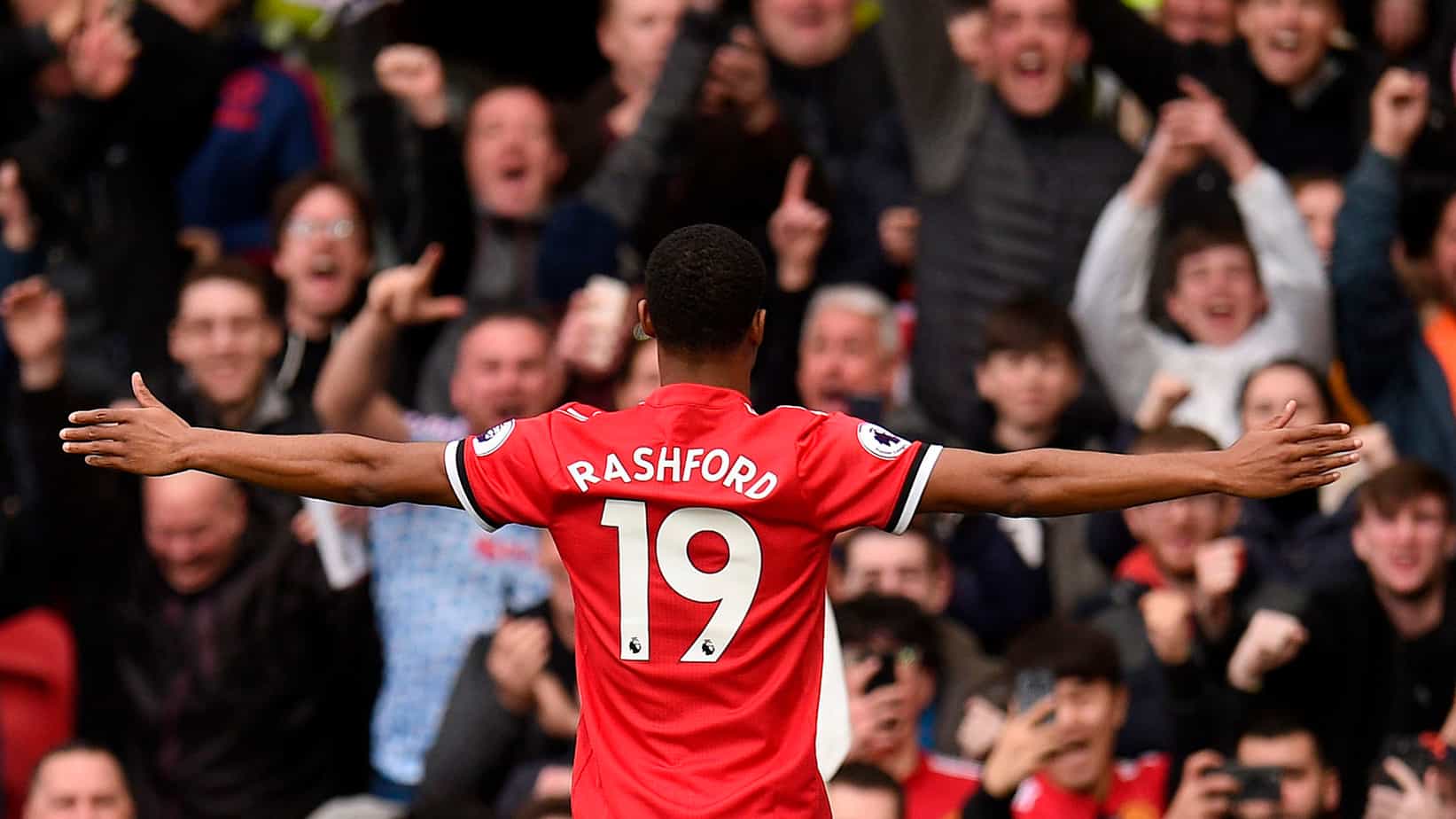 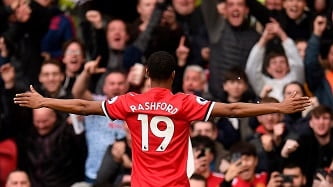 Marcus Rashford struck twice to give Manchester United a vital 2-1 victory in the North West derby against Liverpool at Old Trafford on Saturday.

goalkeeper David De Gea long ball was headed on by target-man Romelu Lukaku into the path of Rashford.

The England international then outdid Trent Alexander-Arnold, cut inside on to his right foot and confidently buried the ball in the far corner to open the scoring in the 14th minute.

Lukaku again won another challenge with Dejan Lovren before his pass towards Juan Mata was deflected into the path of Rashford.

The youngster showed great confidence and technique as he beat Loris Karius to make it 2-0.

In the 66th minute, Liverpool brought themselves back into the game when United defender Eric Bailly made a complete mess  of a Sadio Mane cross from the left

Manchester United manager Jose Mourinho, however, said both teams dominated at different points in the game.

“We can split the halves – United first half and Liverpool second but in my opinion our first half was a half with goals and danger.

“In the second half – in my opinion, and probably the people in the studio have a different opinion – was Liverpool controlling with the ball and United controlling without the ball.

“Our team was always in control. Even in set pieces, corners, dangerous situations we were in control so I think we deserved it.

“Against Liverpool if you play bad when you have the ball you can be in trouble. In the second half it was not our intention – I cannot say this was the plan.

“Liverpool pushed us into defensive situation but we kept control. It was a complete performance by us with two different halves.

“If people don’t think we deserved it, I don’t care.”

News Agency of Nigeria reports that Liverpool manager Jurgen Klopp claimed in his post-match interview that his side should have had a penalty when Sadio Mane was challenged by Marouane Fellaini and they deserved at least a point.

“It was a clear penalty with Fellaini on Mane, in situations like this you need the right decision.

“It is all about the result and we lost.”