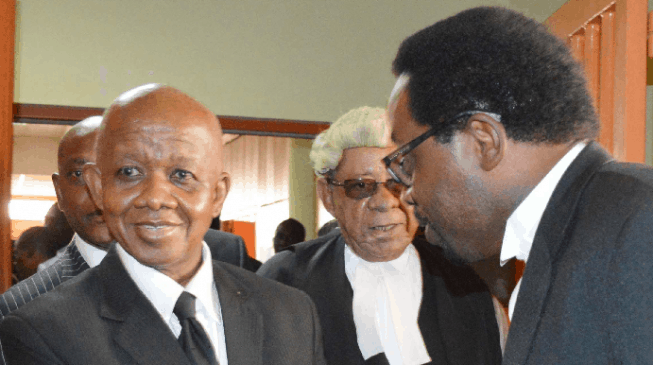 NJC says Justice Ademola had been listed for dismissal.

The National Judicial Council (NJC) has rejected the resignation letter of Justice Adeniyi Ademola and decided to sack him as a judge of the Federal High Court.

Naija News gathered that the NJC rejected his resignation letter because it had already decided to sack him for judicial misconduct.

Justice Ademola had earlier voluntarily tendered his resignation letter to the council.

The Council’s Director of Information, Mr. Soji Oye, on Thursday, said that the council in its meeting on Wednesday had recommended both Justices Adeniyi Ademola and Segun Tokode of the Federal High Court to President Muhammadu Buhari for compulsory retirement for judicial misconduct.

“The NJC, under the chairmanship of the Chief Justice of Nigeria, Justice Walter Onnoghen, sanctioned Justice Ademola after finding the allegations contained in a petition sent against him by eight persons under the name of ‘Committee of Anambra State PDP House of Representatives Members-Elect’.

“The public is hereby informed to disregard news circulating on some news media that Hon. Mr. Justice Ademola has voluntarily retired.