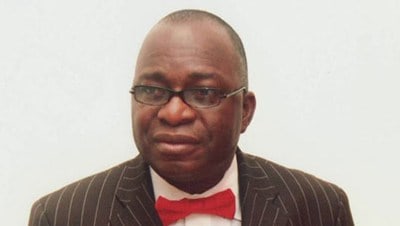 Ayo Arise, a former Senator who was kidnapped last Sunday has regained freedom has been released by his abductors.

Arise, a governorship aspirant under the All Progressive Congress (APC) in Ekiti state, regained freedom on Friday night.

The President of Oye Ekiti Progressives Union (OPU), an umbrella association of the indigenes of Oye, Mr Akin Omole, confirmed the release of the former senator.

Omole expressed gratitude to God and well-meaning individuals, who rallied around the community during the “dark hours”.

“It is true he (Arise) has been released. I heard from him and he told us that he has regained his freedom.

“We are immensely grateful to God Almighty and to everyone, who assisted in one way or the other, for his release

“Oye Ekiti community is highly grateful and we are saying thank you to everybody.

“OPU on behalf of the Oye Ekiti community is grateful to everyone, who contributed in several ways towards ensuring that our illustrious son is freed without being harmed,’’ Omole said.

All attempts by NAN Correspondent to reach out to Arise on the telephone was, however, not successful.

Details of how he was released were also still sketchy as at Friday night, even as reports had it that his hometown, Oye Ekiti was already engulfed in wide jubilation over his release.

It could not be ascertained whether he was released in Kogi state, where he was reportedly kidnapped, and if any ransom was paid.

Since Arise was kidnapped, the Oye-Ekiti community had mobilised clerics from the major religions to pray at the palace of the Oloye of Oye, Oba Michael Ademolaju, for his safe return.

Arise, who represented Ekiti North Senatorial District from 2007 to 2011, was kidnapped on Sunday along with his driver when he was returning to Abuja after attending a function at home.