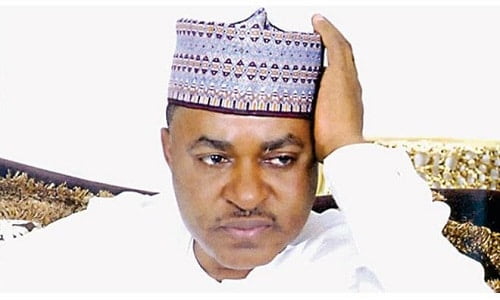 Former governor of Bauchi State, Alhaji Isa Yuguda has left the All Progressives Congress (APC) to join the Green Party of Nigeria along with his commissioners, campaign directors and supporters.

Others individuals who joined the GPN, are a former national organising secretary of the Peoples Democratic Party, Alhaji Umaru Dahiru; and a former minister, Alhaji Habibu Aliyu.

A two-term governor of Bauchi State, Yuguda won the election on the platform of the then All Nigeria Peoples Party in 2007.

Years after assuming office as governor, he decamped to the PDP, under which he was re-elected for a second term.

About a year after APC won the presidential seat,  Yuguda left the PDP in April 2016 to the APC

Yuguda explained in a letter addressed to the PDP chairman that he left the PDPthe due to the alarming revelations of embezzlement of the $2.1bn meant for arms procurement.

Yuguda has been said he joined the GPN because the party had a clear ideology of how to reduce the sufferings of Nigerians.