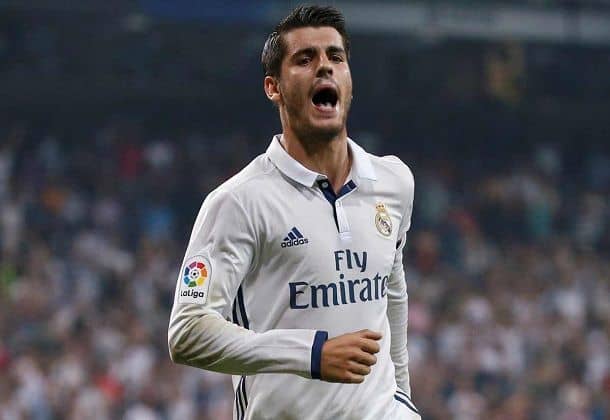 Chelsea FC is making a move to sign Morata as striker Diego Costa is likely to leave Stamford Bridge for Manchester United this summer.

According to a Spanish newspaper AS which was quoted by The Sun,  the Blues are in front of the chase for Morata’s signature this summer.

Morata future has been the talk of the show in recent weeks due to lack of playing time in Real Madrid this season.


The Spanish striker has find it difficult to break into the first team as the team coach Zinedine Zidane prefers his fellow French man in the striking role.

Morata has only started 12 La Liga games for Madrid this season but has still managed to score 13 goals and make three assists in the Spanish top flight.

However, the striker is not short of offers, Morata has received offers from various clubs across Europe. he has offers from Manchester United, Tottenham, Juventus, AC Milan and Borussia Dortmund. But Chelsea is the striker’s most likely destination when the transfer windows reopens.