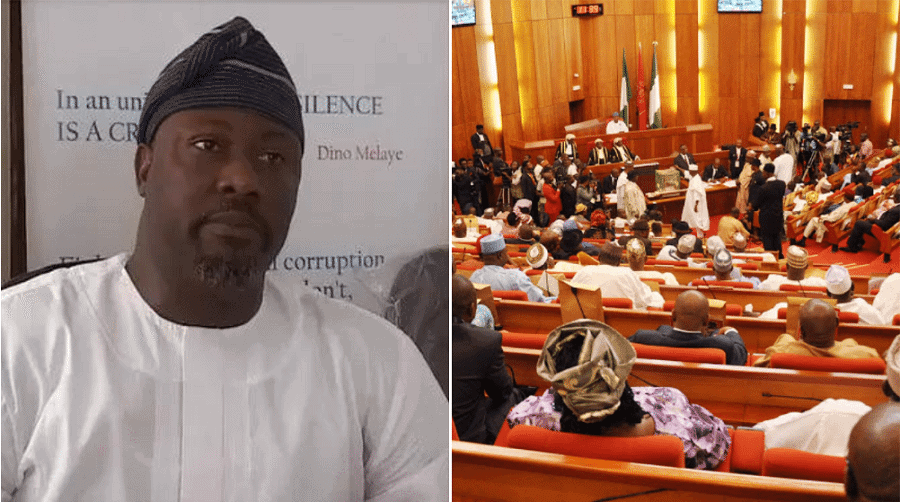 The storm over Senator Dino Melaye’s certificate scandal seems to be finally over, as Ibrahim Garba, the Vice-Chancellor of Ahmadu Bello University, Zaria, has confirmed that the senator representing Kogi State, actually graduated from the institution as opposed to earlier claims by Sahara Reporters that he didn’t.

Both Mr. Melaye and the ABU vice chancellor spoke under oath before the Senate Committee on Ethics and Privileges on Monday, March 27. It was during the investigative hearing that the head of the institution made confirmation.

Mr. Dino Melaye while speaking, said he later had his name changed officially from “Daniel Jonah Melaye” to “Dino Melaye” and expressed readiness to present an affidavit backing the change of name.

He went ahead to present the admission letter he received from ABU, his acceptance of the offer, statement of result and final year project before the probe committee.

The Kogi indigene said he served the compulsory one-year National Youth Service Corps programme at the Police College in Kaduna State and to prove his claim, he tendered his NYSC discharge certificate which, according to Peter Nwaoboshi, PDP-Delta, showed Mr. Melaye served between 2000 and 2001.

However, when asked by Matthew Urhoghide, APC-Edo, for his original degree certificate, Melaye said he had not yet collected it.

A point of order was raised on March 21 by former Majority Leader, Senator Ali Ndume, who called on the Senate to investigate Melaye’s certificate scandal. At the plenary, Ndume said previous certificate scandals involving members of the National Assembly were probed by the lawmakers.

“Therefore, accordingly, I will appeal we refer the matter to Ethics and Privileges to investigate so that the certificate scandal would be cleared and this Senate will stand as it is supposed to.”

The Senate then tasked the committee chaired by Samuel Anyanwu, PDP-Imo, to investigate the allegation.

After the ABU’s affirmation of Mr. Melaye as its alumnus, Mr. Ndume said he was satisfied with the outcome of the probe, and that he believed Mr. Melaye indeed graduated from the school.

“There is no big deal,” Mr. Ndume said, explaining that he only relied on what was published by the media.