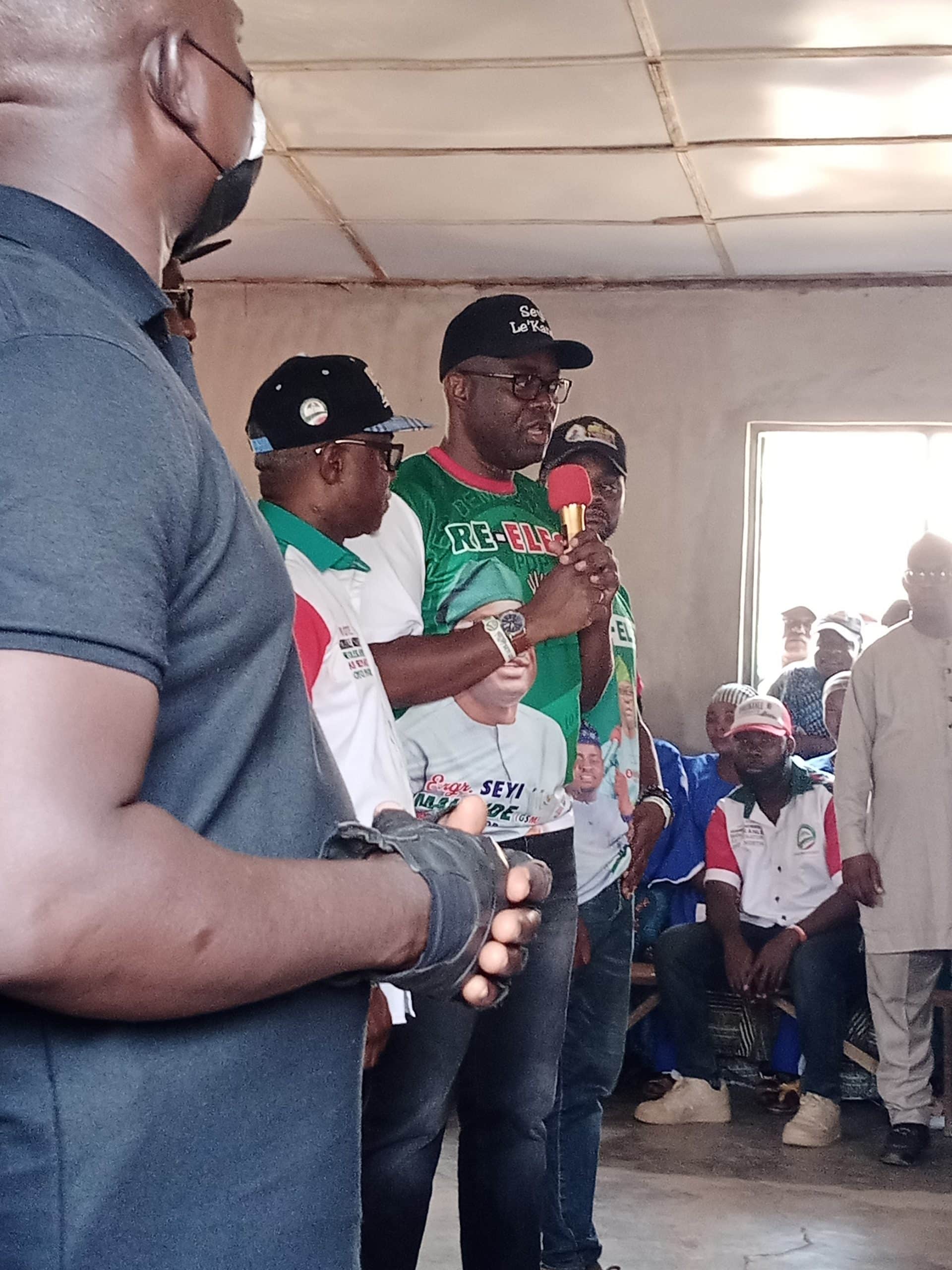 Oyo State Governor, Seyi Makinde, has commenced his 2023 re-election campaign rally in the Oke-Ogun area of the state.

On Tuesday, the Peoples Democratic Party (PDP) chieftain told residents of Igbeti, in Olorunsogo Local Government Area, in the Oke-Ogun axis of the state, that the forthcoming election will be a turning point.

Makinde, who is seeking re-election, told the citizens at one of the areas he visited in the community that his administration had fulfilled over 80% of his campaign promises in 2019.

Naija News correspondent who monitored the event observed that there were expectations by many PDP supporters that the sitting Governor would canvas support for the presidential candidate of the party, Atiku Abubakar. 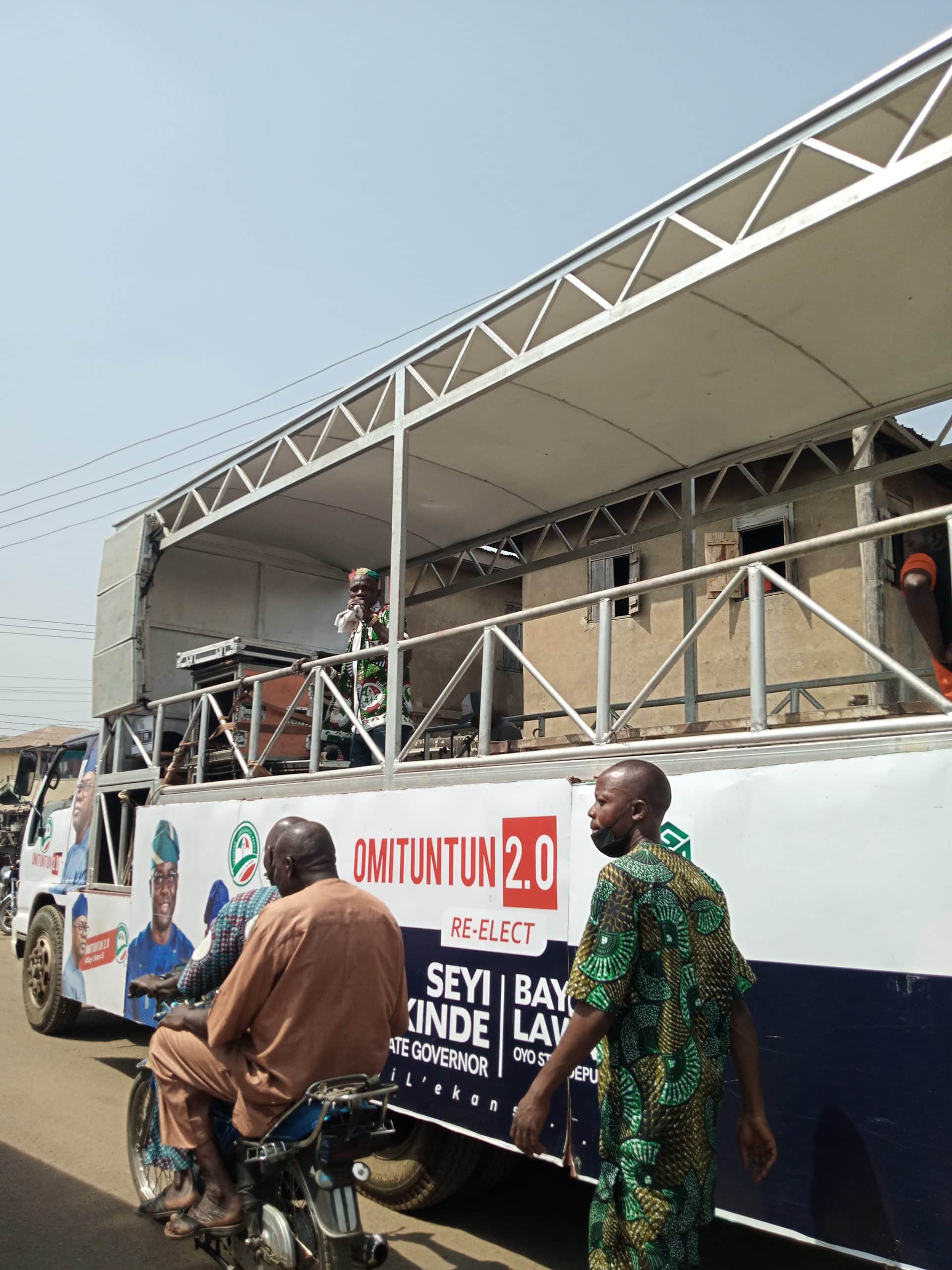 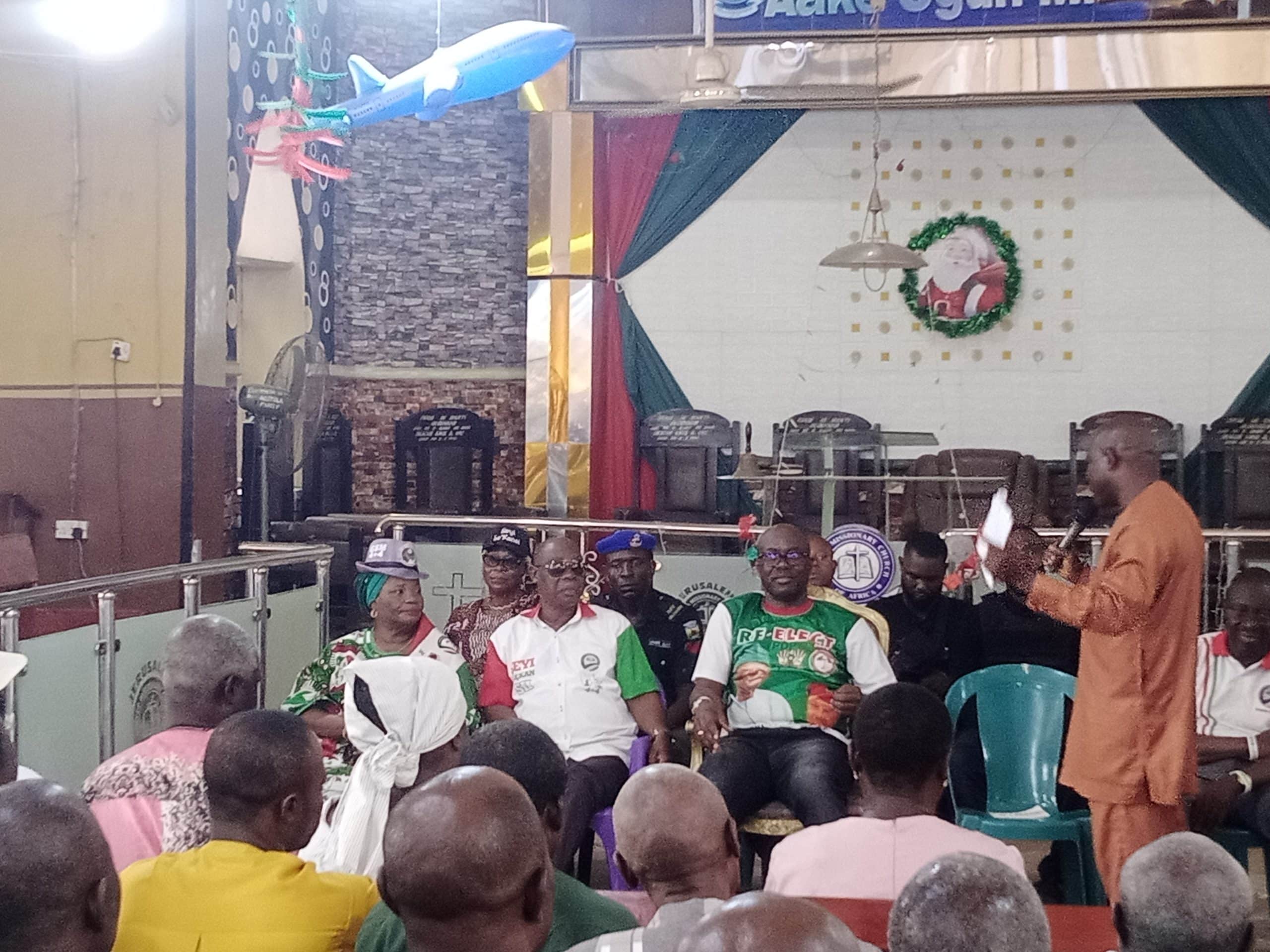 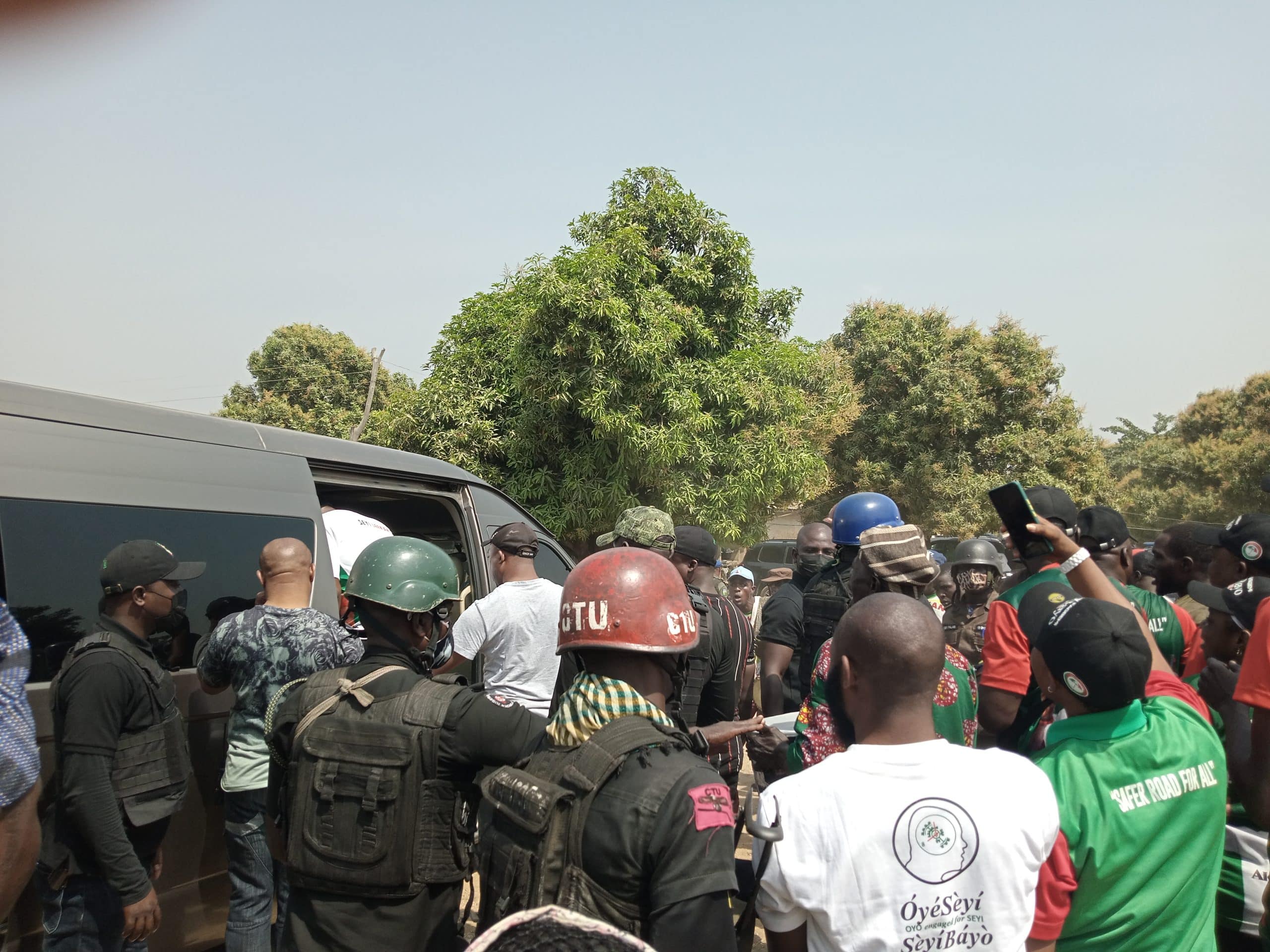 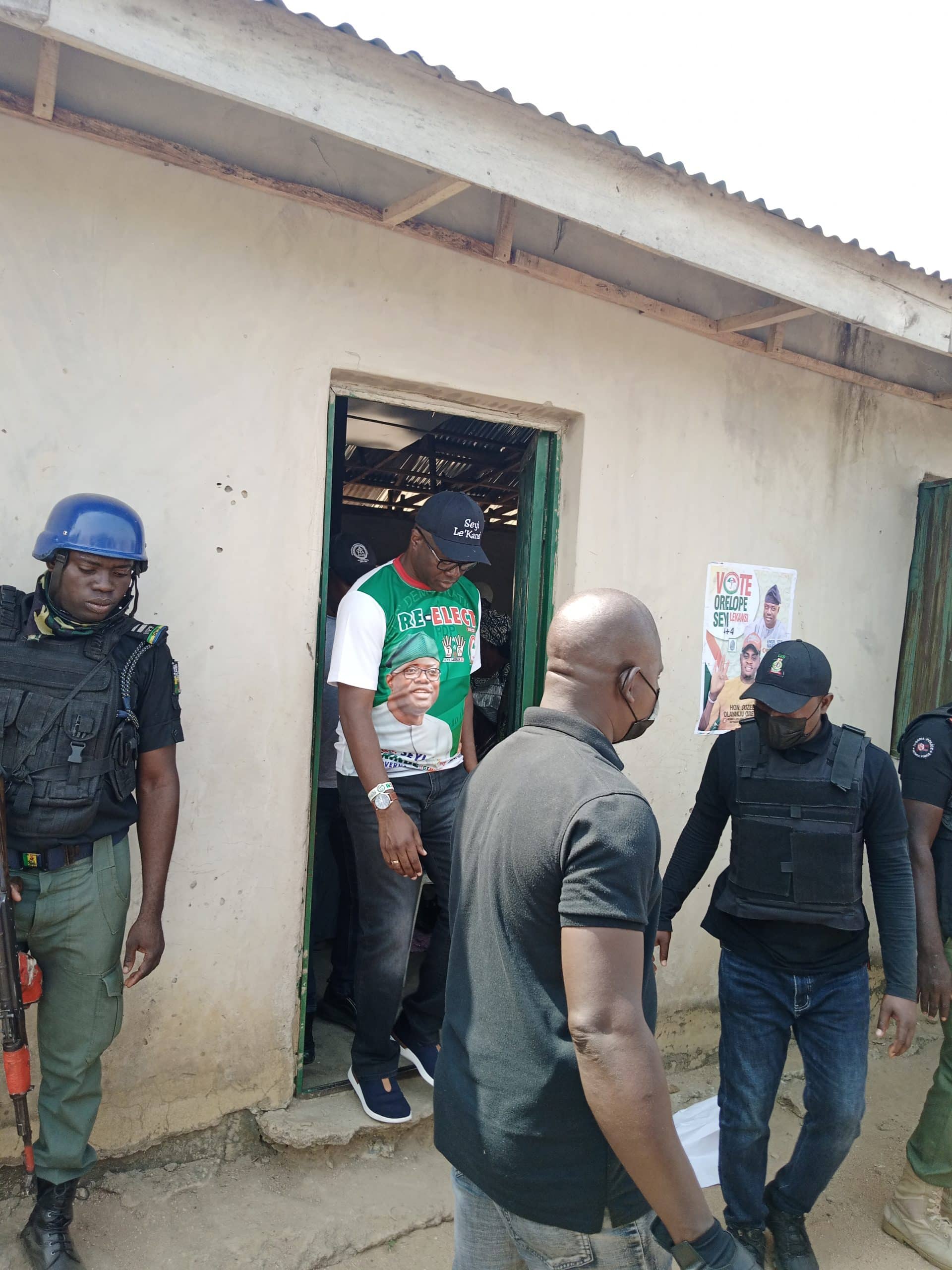 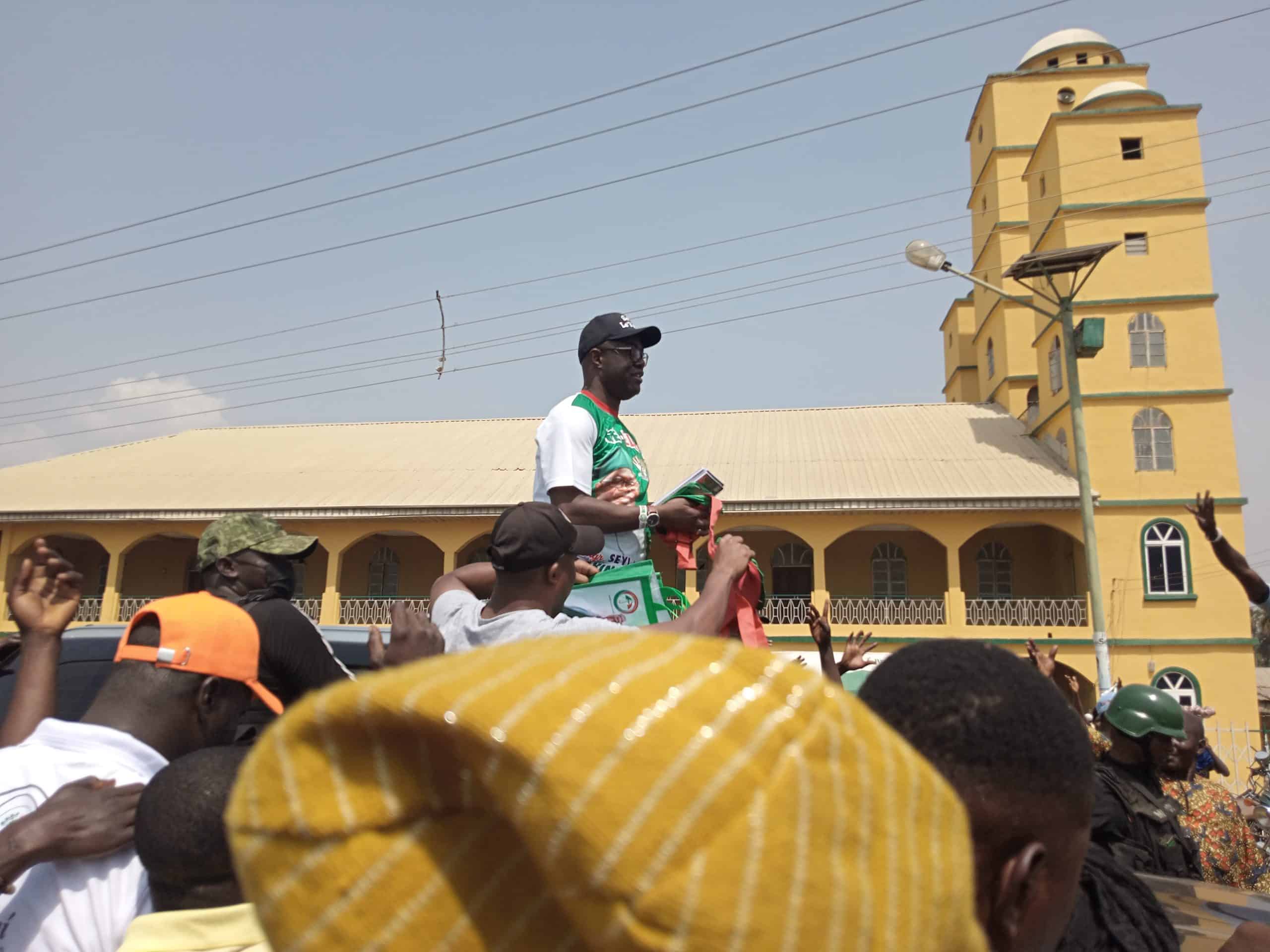 Makinde, unfortunately, kept mum about the 2023 presidential election; and did not mention Atiku’s name at any of the gatherings, even as he sought re-election for Member Representing Irepo/Olorunsogo, Hon. Olayanju Kazeem and others contesting at the local council level.

Recall that Makinde is part of the aggrieved PDP governors, popularly known as the G5 or Integrity group. The party chieftains, led by Rivers State Governor, Nyesom Wike, are at loggerheads with Atiku and the PDP leadership over the national chairmanship position zoning.

Speaking during a meeting with Muslim leaders at the Central Mosques in the community, Makinde asked the citizens not to speak about the All Progressives Congress (APC) at the gathering.

Naija News understands that Makinde said this while reacting to a praise singer who said he (Makinde) is the man for the governorship position of the state and he would do what the administration of the APC could not do in the state.

Speaking further on the phrase, Makinde said the APC has done nothing and could not be useful for the state, and that was why PDP took over from them in the state. 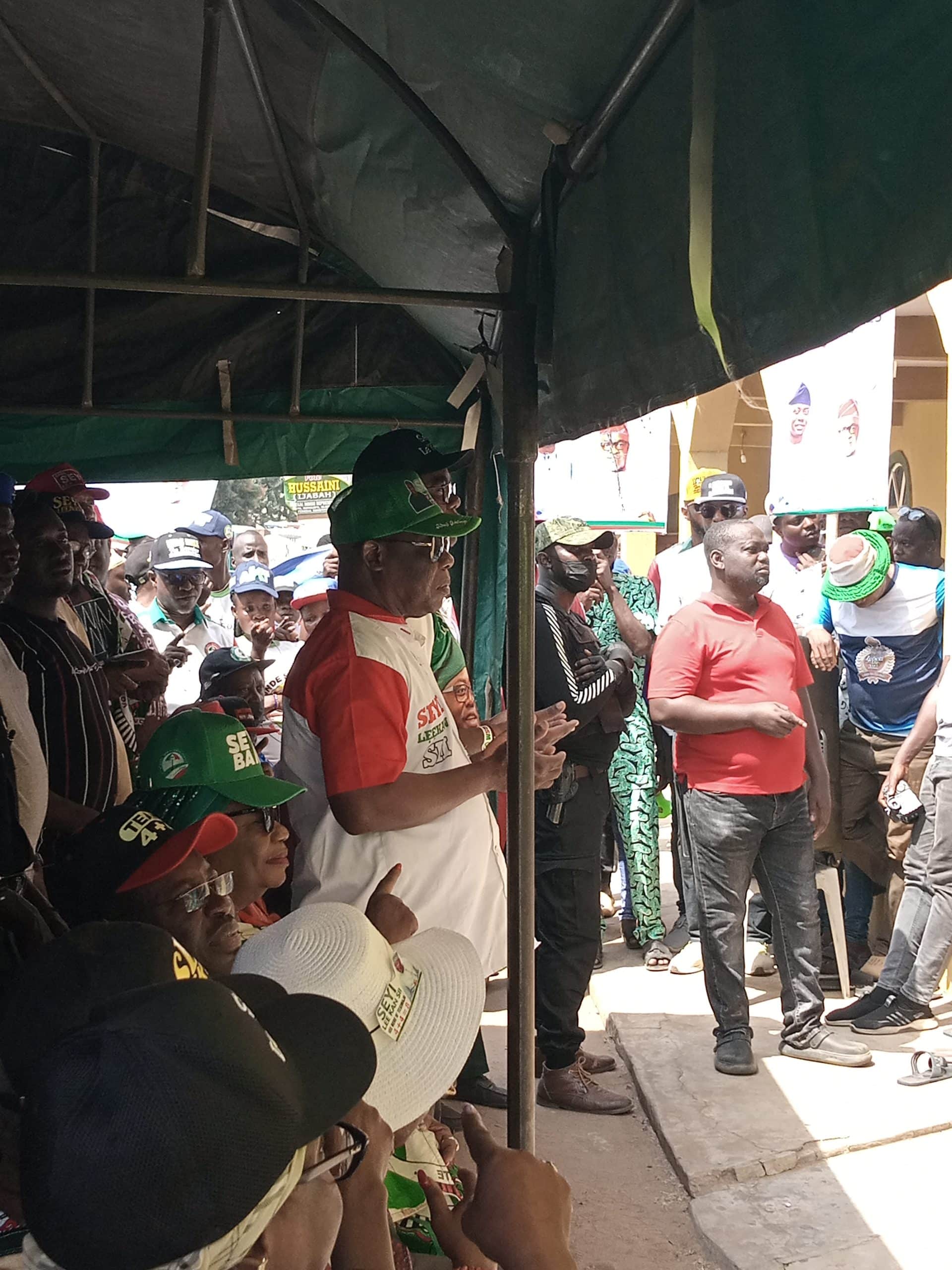 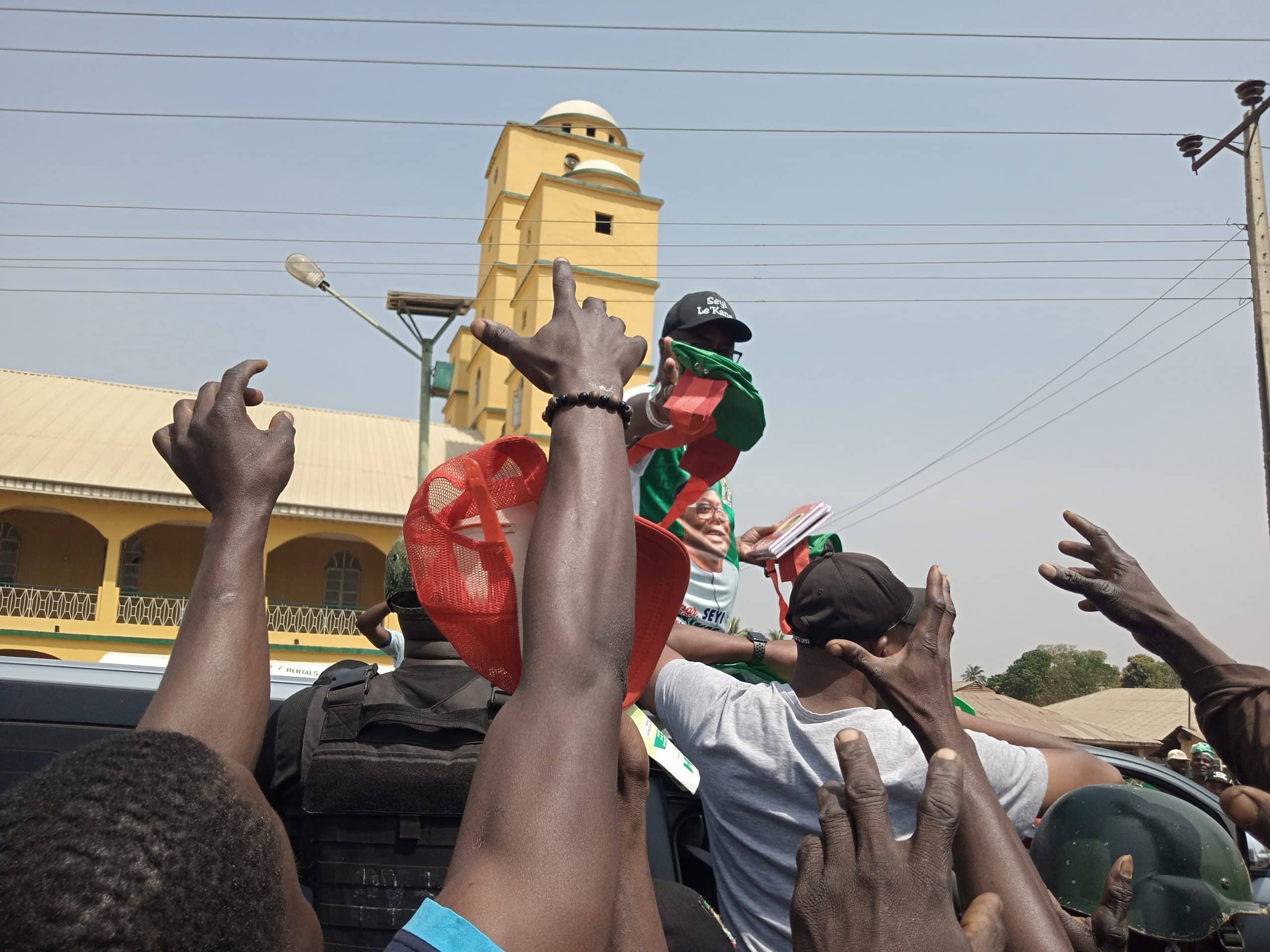 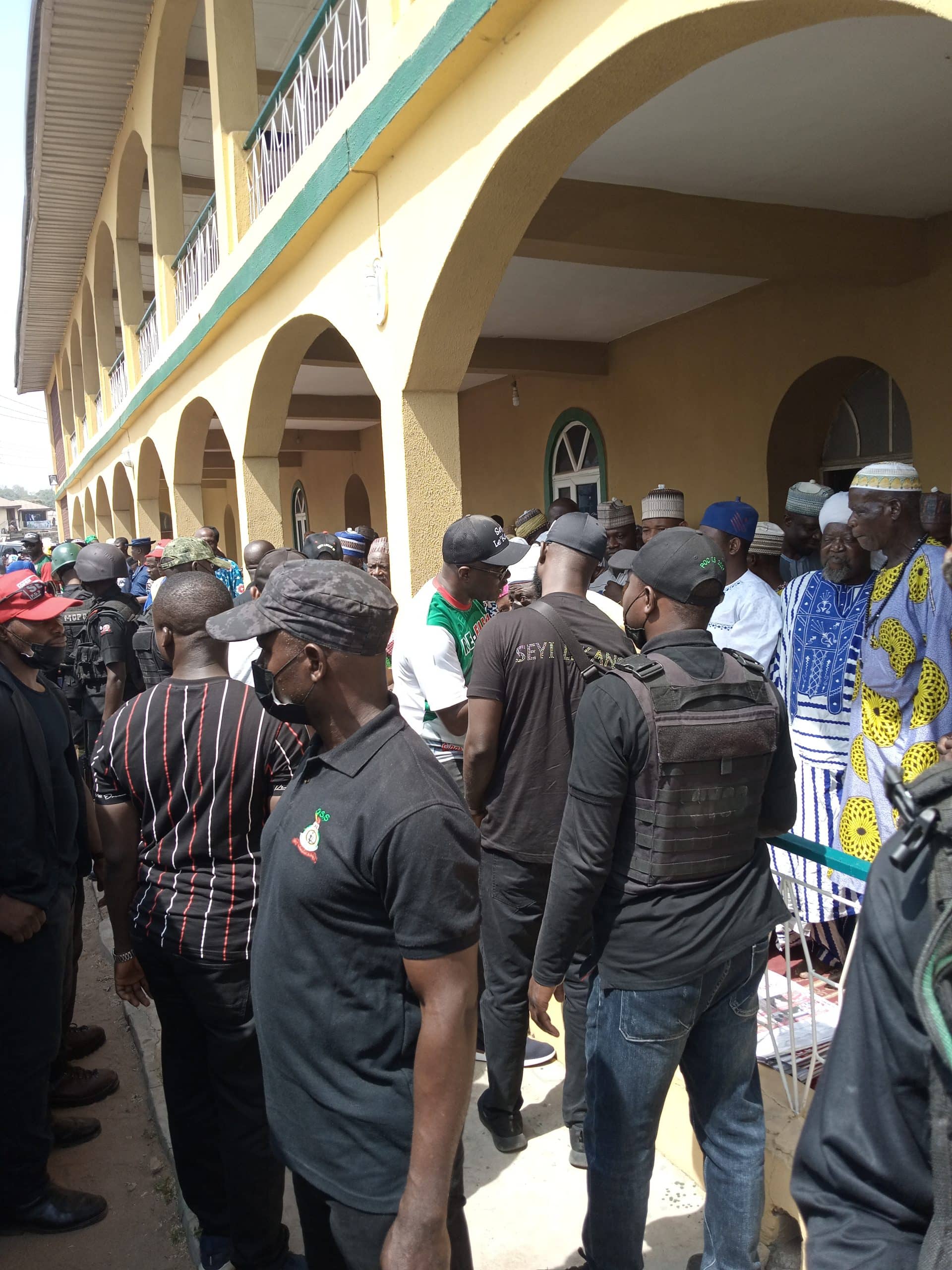 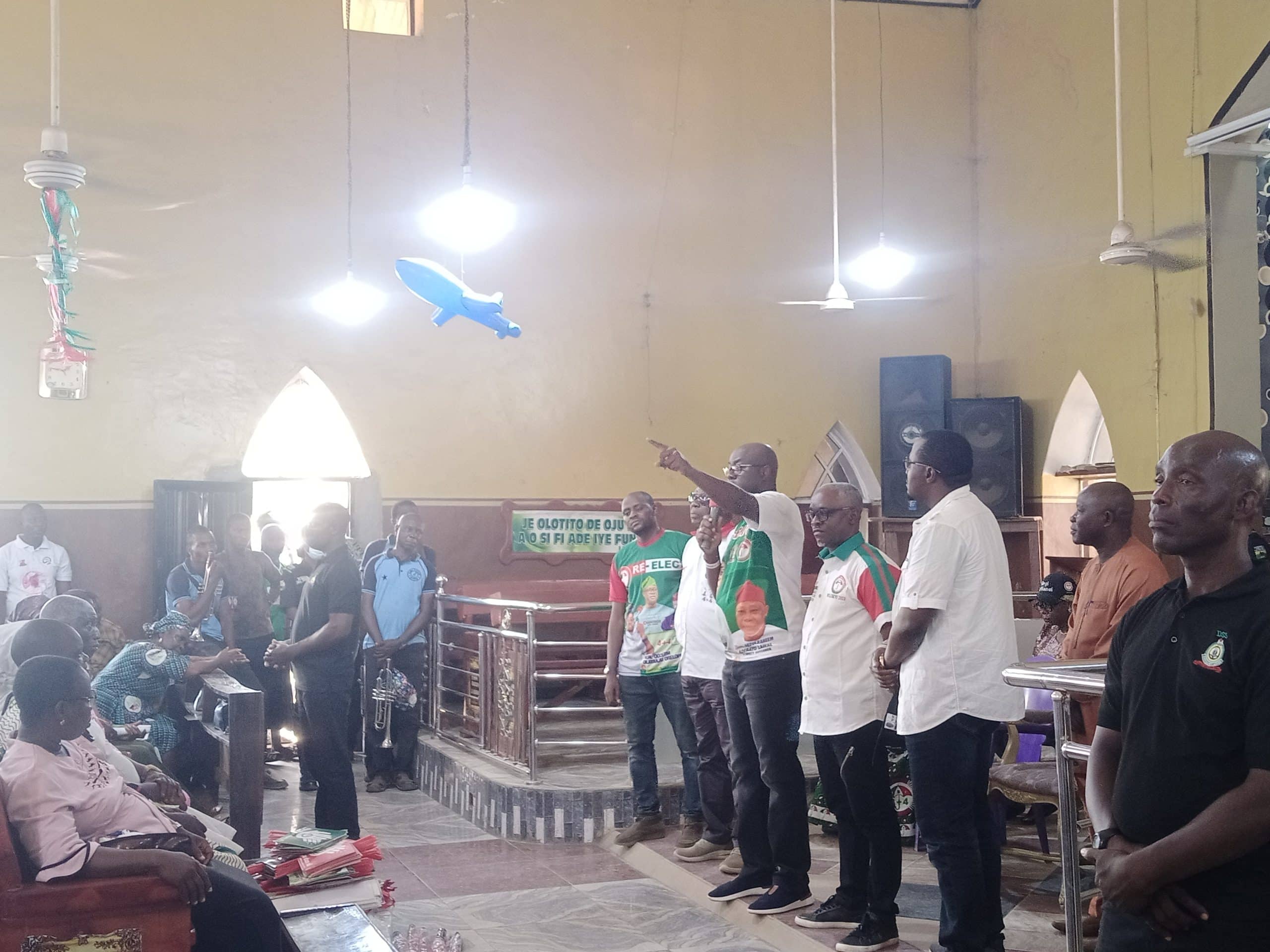 Governor Makinde addressing CAN leaders in Igbeti at UMCA Jerusalem 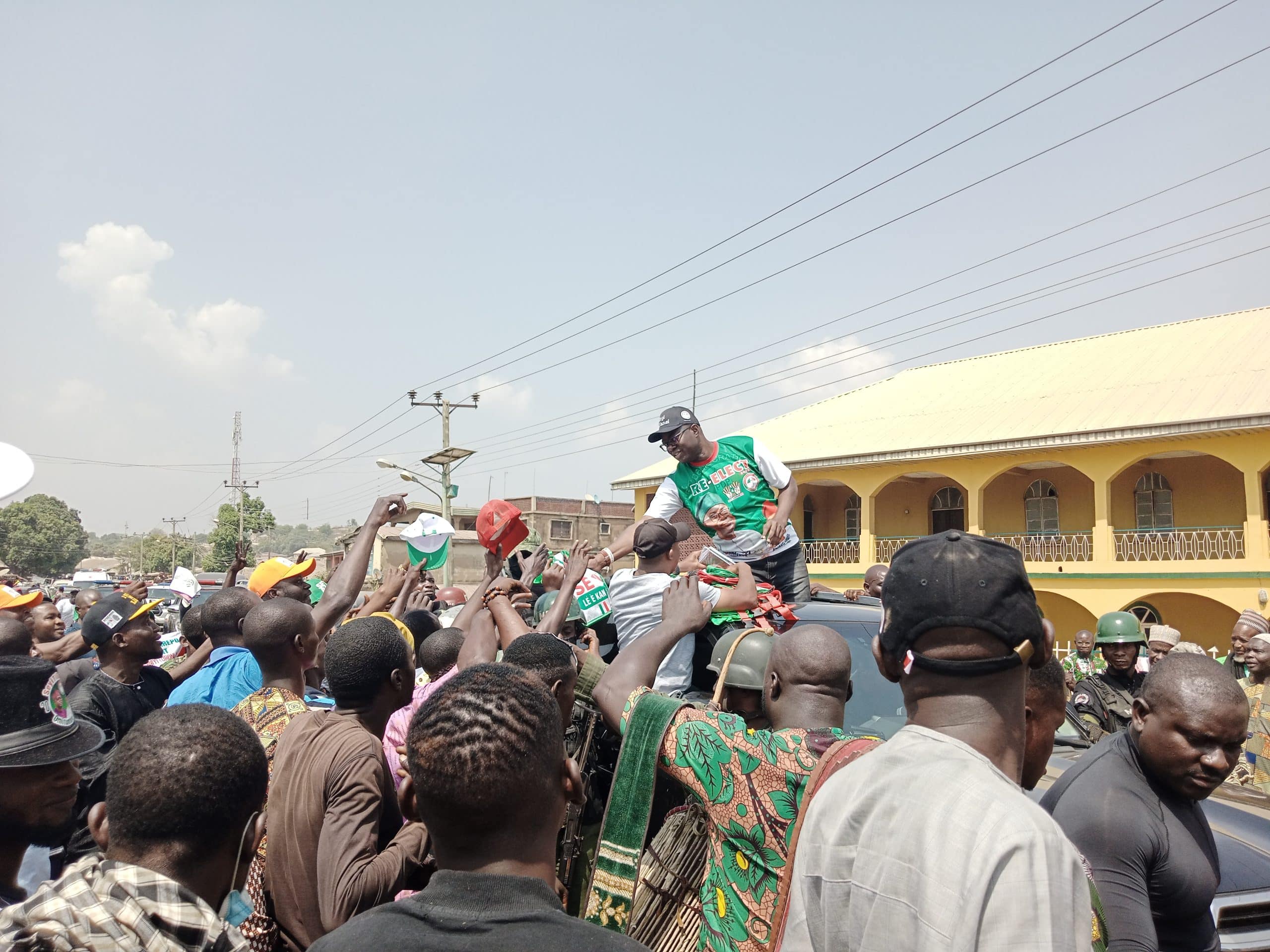 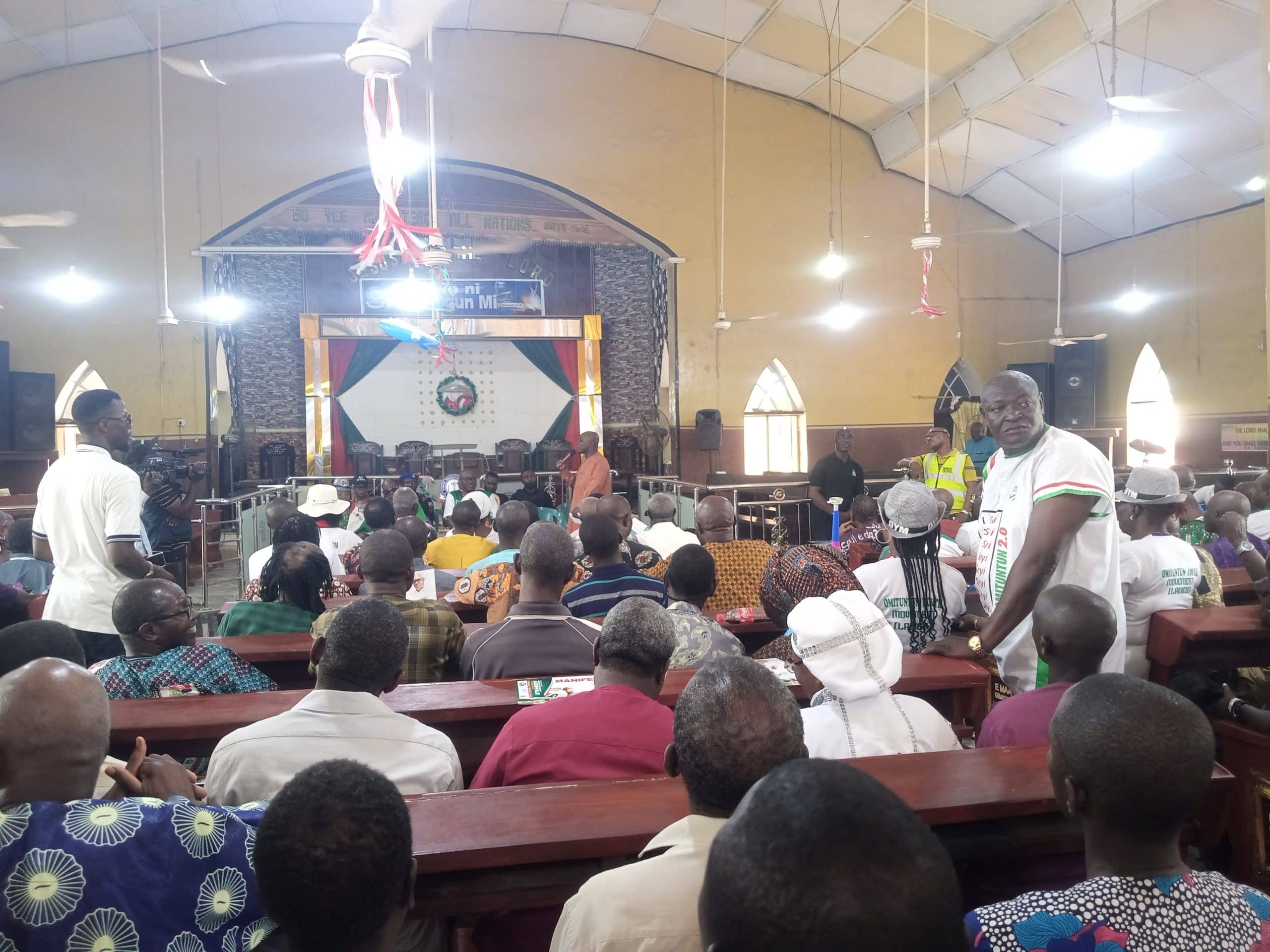 2023 Election Will Be A Turning Point

According to Makinde, the forthcoming general elections would be a turning point in Nigeria. “This election is going to be like no any other. It will be a turning point, a positive one indeed,” the governor said.

The PDP chieftain said it would take another fifteen years for the nation to get to where it is today if Nigerians could not get it right in the coming election.

He urged the citizens to vote wisely while refusing to mention which presidential candidate they should support in the February 25th election.

Addressing the Christian Association of Nigeria (CAN) during a brief meeting at the United Missionary Church Africa (UMCA) Jerusalem Church in Igbeti, Oyo State, Makinde said the Christian community are lackadaisical about politics.

He admonished them to join politics with two hands, stating that ‘God has promised to bless the works of our hands; hence he will make things work right if the people get involved.”

Naija News reports that representatives of CAN and the Muslim communities made personal demands from the Governor, including establishing a Higher National Institution of learning and renovating the General Hospital in the community, which they described as obsolete.

They also demand a road linkage from the natural resources in the community to Ogbomoso and other major communities for economic purposes.

Having listened to their requests, Governor Makinde asked the religious leaders to help him pray for victory in the coming election, assuring them that his second tenure would be better than the previous.

A resident who spoke with Naija News on anonymity said there were tensions on Monday evening when they learnt that the governor was coming and that the leader of the proscribed National Union of Road Transport Workers (NURTW) in Oyo State, Mukaila Lamidi, better known as Auxiliary, was coming along with his boys.

Another claimed that he was threatened on Monday night when Auxiliary and his boys arrived in the community ahead of the campaign scheduled for Tuesday. 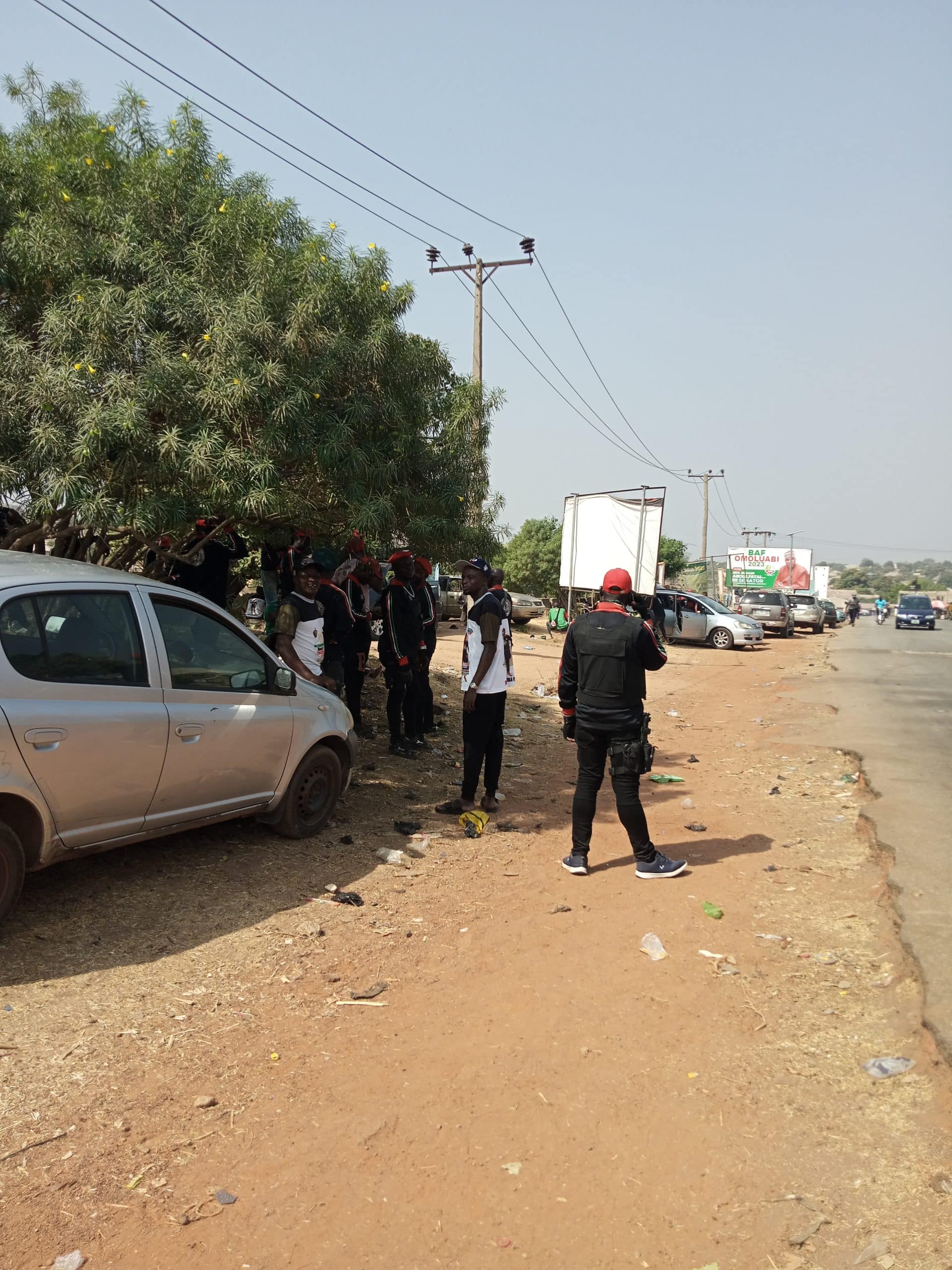 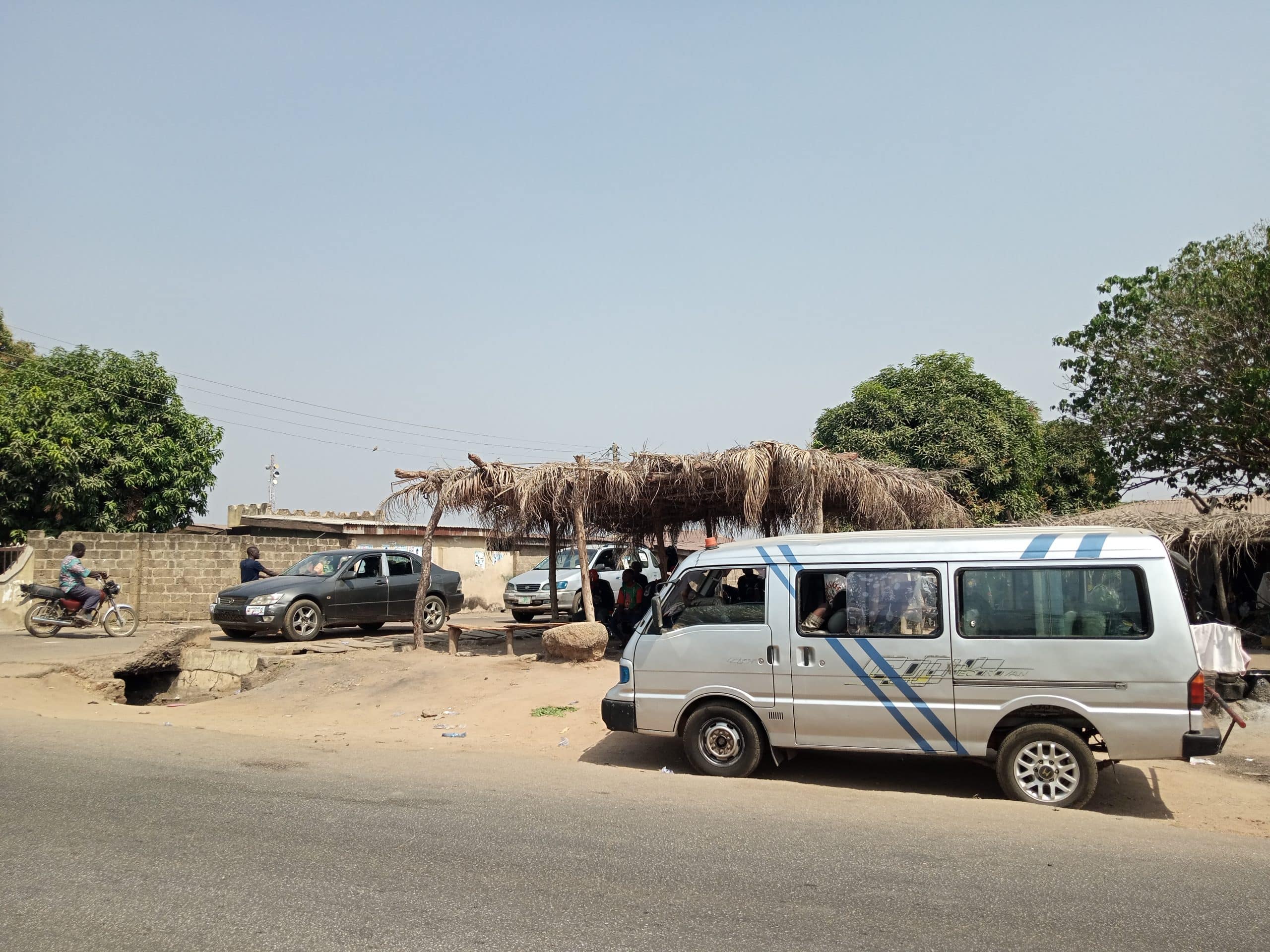 One of Auxiliary Boys buses

Our correspondent noticed that some persons arrived in the community, fully loaded in buses from Ibadan. Many of them were seen in uniformed polo showing different kinds of inscriptions.

However, there was no record of chaos when the governor toured Igbeti environs for his re-election campaign rally.

Operatives of the Nigeria Police Force, Department of State Services (DSS), Soldiers, Amotekun Corps, and local vigilantes were all represented at the rally to curb any act of indiscipline.

Correspondents of different Media platforms were also allowed to cover the electioneering event in Igbeti which ended around 3:00 PM on Tuesday, while Governor Makinde proceeded to the neighbouring communities afterwards.